North Korea has offered high-level talks with the US in an attempt to ease tension on the Korean peninsula.

The move comes only days after it cancelled official talks with South Korea for the first time in over two years.

The high-level talks between North and South Korea were scrapped last week after the North abruptly called them off.

The North blamed the South for scuttling discussions that sought to mend estranged ties between the rival nations.

The North Korea National Defence Commission said the US can pick a date and place for talks and the two sides can discuss a range of issues, but no preconditions should be attached.

"In order to ease tensions on the Korean peninsula and to achieve regional peace and safety, we propose to hold high-level talks between the DPRK and the United States," said the spokesman for the North's National Defence Commission.

"If the US is truly interested in securing regional peace and safety and easing tensions, it should not mention of preconditions for the talks."

In response, the White House said the US is open to talks with North Korea, but said it must comply with UN Security Council resolutions and ultimately agree to denuclearisation.

"We have always favoured dialogue and, in fact, have open lines of communication with the DPRK," said Caitlin Hayden, a spokeswoman for the National Security Council.

The Obama administration has been increasingly sceptical of any move by the North for dialogue as it has repeatedly backtracked on deals, the latest in 2012 when it agreed to a missile and nuclear test moratorium, but fired a rocket soon afterwards.

Earlier this year, North Korea threatened nuclear and missile strikes against South Korea and the US after it was hit with UN sanctions for its February nuclear weapons test. 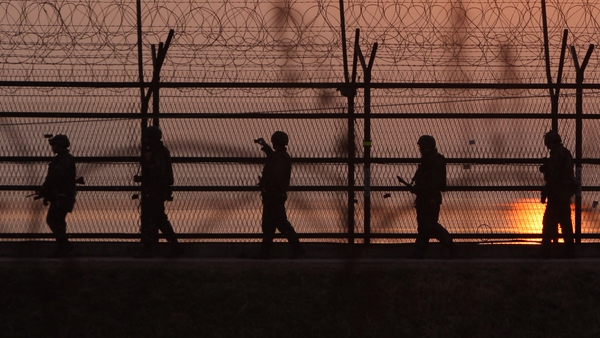