The State Examinations Commission has confirmed there was a mistake in the Leaving Certificate Higher Level Maths Paper Two.

The error related to Parts A and B of question eight.

The trigonometry question, which had two parts, was worth a total of 30 marks. This is 10% of the overall marks that were to be allotted for Paper Two (300 marks).

All students were required to answer the question, but teachers say that many pupils would not have noticed the error.

Several different answers were possible following the inclusion of a diagram with incorrect angles.

The SEC said that when papers are corrected the error will be taken into account to ensure that no candidates are disadvantaged.

The commission said: "The marking scheme will, as usual, be published along with those in all other subjects after the issue of results in mid-August. Candidates have the option of appealing their results."

The SEC has also confirmed a mistake in today's Junior Certificate CSPE exam.

A question referring to the Referendum Commission mistakenly stated the Commission presented arguments for and against it.

However, this has not been the case since 2001. 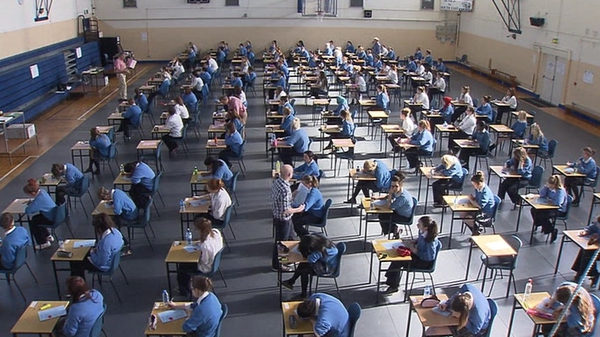 Leaving and Junior Cert exams get under way