The European Union is to provide a further €400m of aid in an attempt to ease the humanitarian crisis in Syria and neighbouring countries.

The announcement was made by the President of the European Commission, Jose Manual Barroso, who said the Syrian crisis was the most dramatic humanitarian situation in the last decade.

It comes a day before the United Nations is to launch a fresh appeal for more aid for Syria.

Meanwhile, Austria is to withdraw its peacekeepers from the UN monitoring force on the Golan Heights given worsening fighting between Syrian government forces and rebels.

Austrians account for about 380 of the 1,000-strong UN force monitoring the demilitarised zone.

Their departure will deal a serious blow to the mission.

Syrian rebels said they had seized the crossing, but Israeli security sources reported that Syrian troops retook it after heavy fighting.

Syrian state television reported "the crossing is now safe". The pro-opposition Syrian Observatory for Human Rights said it was not clear who was in control.

"Freedom of movement in the area de facto no longer exists. The uncontrolled and immediate danger to Austrian soldiers has risen to an unacceptable level," Austrian Chancellor Werner Faymann and his deputy Michael Spindelegger said in a joint statement.

"These developments show that a further delay (in pulling out soldiers) is no longer justifiable."

Austria's defence ministry said it was in contact with the UN's department of peacekeeping operations "to create the conditions for an orderly withdrawal of Austrian peacekeepers".

Elsewhere, Syrian troops and Lebanese Hezbollah fighters have pushed towards villages near Qusair, a day after driving rebels from the border town.

Activists said insurgents seeking to overthrow Syrian President Bashar al-Assad were putting up a fierce fight around the rebel-held villages of Debaa and Buwayda.

The fall of Qusair after a two-week offensive by Hezbollah fighters and Assad troops was a significant victory for the president.

He is battling an uprising in which more than 80,000 people have been killed since March, 2011.

Qusair is in central Homs province, which borders Lebanon in the west and Iraq in the east. Debaa is 5km northeast of Qusair and Buwayda another 7km in the same direction. 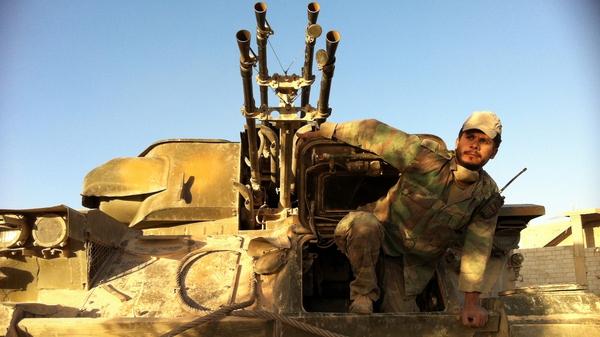