Minister for Transport Leo Varadkar has said he has no plans to introduce new tolling points on the M50, as proposed in a draft report by the National Roads Authority.

He said he has serious concerns about multi-point tolling on the road.

The minister said he does not expect there will be enough increased traffic on the road to cause congestion in the short term.

He said the Government would have to look hard at congestion issues in Dublin, but in a holistic way, including public transport and facilities for cyclists, and not just at one road around Dublin.

Tanáiste Eamon Gilmore earlier said the Government would have to look at alternatives to the NRA proposal for new M50 tolls.

It has been reported that motorists would have to pay up to €6.50 if the proposals were introduced.

The NRA proposed that extra tolling points be introduced on the M50 between Ballymun and Finglas; the current point at Blanchardstown; at Parkwest between the N4 and Red Cow; between Firhouse and Ballinteer and between Sandyford and Carrickmines.

Mr Kenny, who is a member of the Oireachtas Transport Committee, said: "For example the provision of an extra tolling point between Ballymun and Finglas would merely transfer capacity from the M50 on to smaller residential roads starting as far back as the Malahide Road and Collins Avenue on the northside."

He said many motorists use the M50 for journeys to work, and dropping children to creches and child minders.

The NRAy said the draft report is about managing demand into the future.

Speaking on RTÉ's News At One, NRA Head of Communications Sean O'Neill said the report was a requirement by An Bord Pleanála, following the completion of the M50 upgrade in 2010.

The finalised study will be published before the end of the year.

He said the M50 cannot get any bigger and cannot become a double decker, so it has to be managed into the future.

The NRA is not a tolling advocate group, he said, but is responsible with local authorities to manage the infrastructure that is under their remit.

He said future demand of the M50 needs to be discussed.

"As a metropolitan area, Dublin is central to the economy of the entire country. The M50 is a main artery to our entire motorway network and with an export led economy it's critical. So you don't want to not talk about it," he said.

Mr O’Neill said if the level of service on the M50 starts to decrease in the future, it will have a major impact on Ireland's economic growth and prosperity into the future.

The report says the M50 is the busiest road in the country, with  100,000 vehicles using part of it every day. 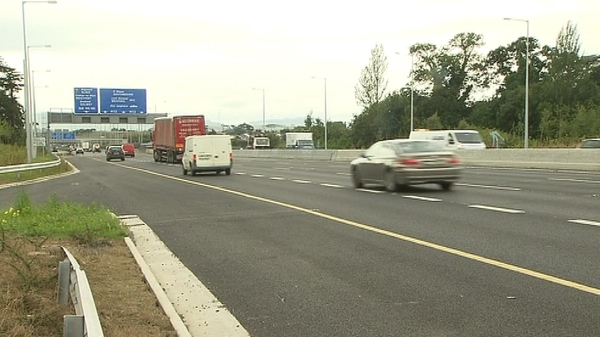