Local councils in Northern Ireland have painted fake shop fronts and covered derelict buildings with huge billboards to hide the economic hardship being felt in towns and villages near the golf resort where G8 leaders will meet this month.

Some buildings have been demolished and others have been given a facelift in an attempt to make areas more attractive.

Almost a quarter of "dereliction funds" were freed up for local councillors in Co Fermanagh in anticipation of Britain hosting the annual Group of Eight leaders’ summit there on 17-18 June.

More than 100 properties have been spruced up.

In the one-street town of Belcoo, the changes are merely cosmetic.

At a former butcher's shop, stickers applied to the windows show a packed meat counter and give the impression that business is booming.

Across the street, another empty unit has been given a makeover to look like a thriving office supply shop. Locals are unimpressed.

"The shop fronts are cosmetic surgery for serious wounds. They are looking after the banks instead of saving good businesses," said Kevin Maguire, 62, an unemployed man who has lived all his life in Belcoo.

"Where would you see a shop front in Northern Ireland like this anyway? It's more like something you'd find in Belgravia or Chelsea," he said, referring to elite districts of London.

The fakes are not the first of their kind in Northern Ireland.

Last year, smart-looking shop fronts appeared in a series of derelict Belfast stores along the main route from the city centre to the grand Stormont parliament building.

"Northern Ireland is in the international spotlight so it is entirely right that we should portray it in the best light possible," Northern Ireland Environment Minister Alex Attwood said in a statement.

"We should do everything we can to make these areas as attractive for residents, tourists and consumers. If we want tourists to visit and stay longer, then tackling major eyesores and dereliction will certainly help."

Northern Ireland has been hit hard by the downturn, although it has been partly shielded from the economic crisis in the Republic of Ireland thanks to an annual grant from the UK government that accounts for about half of public sector spending.

Even the luxury five-star hotel where G8 leaders will meet in two weeks' time has been in receivership since 2011.

In Belcoo, some wonder what will happen to the new shop fronts once Barack Obama and other world leaders have left.

"In six months' time how are these shops going to look?" asked Jim Leonard, a 50-year-old unemployed bricklayer.

"They'll just be pieces of paper blowing around the ground." 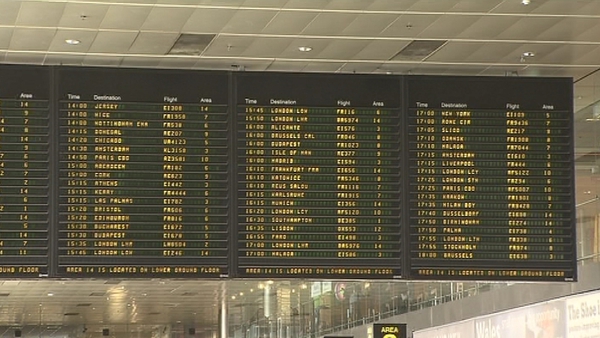 PSNI give details of security for G8 Summit