EU sources believe a compromise text could be signed-off overnight by representatives from the European Commission and the European Parliament.

The text has been put forward by the Irish presidency of the Council of Ministers.

However, the issue of discards - the policy of throwing fish overboard because they have either exceeded a trawler's quota or the species is not in their allowable catch – remains a sticking point.

While MEPs had wanted a total ban on discards, EU fisheries ministers want a 5% exemption, and this position seems likely to trump the Parliament's stance.

Another difference of opinion is that ministers want any ban to begin in 2017 while Parliament wants it introduced immediately.

It is understood that progress has been made on another contentious issue - restricting fishing to levels that scientists say will keep the fish stock at a “maximum sustainable yield”.

MEPs warned fisheries ministers that they might walk away from negotiations if they did not secure their demands.

Minister for the Marine Simon Coveney has expressed concern that if a deal is not secured, reform of the Common Fisheries Policy could be delayed for years.

Environmental campaigners, like Ocean 2012, have welcomed that the CFP is being reformed but have expressed concern at an absence of dates in the text, such as a target date by which fish stocks should be rebuilt.

The World Wildlife Fund, which took large advertisements in today's Financial Times calling on Minister Coveney to secure a sustainable deal, have said this is a "once-in-a-decade opportunity to fundamentally change the way we fish."

European Commissioner for Maritime Affairs Maria Damanaki warned that the EU needs "a fast deal" so that work could focus instead on how the complex measures would be implemented.

Fianna Fáil MEP for Ireland North West, Pat the Cope Gallagher, has said the final text needs to enshrine the Hague Preferences - the sharing of total allowable catch between Member States - into the Basic Regulation.

He said the final text also needs to provide greater access to quotas for fishermen who fish in an environmentally friendly manner, typically the small scale fleet. 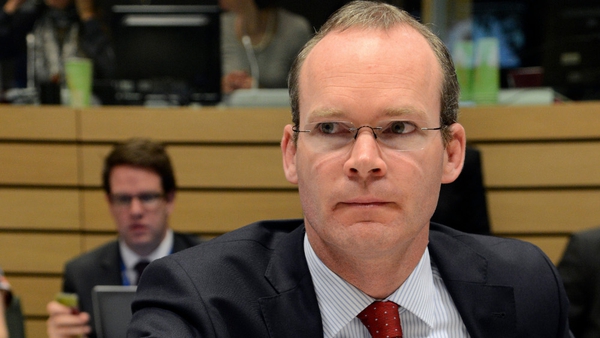