Tánaiste Eamon Gilmore has told the Dáil that he has confidence in the Minister for Justice, the Garda Commissioner and An Garda Síochána.

He was responding to further Opposition criticism of Alan Shatter for revealing private information about Independent TD Mick Wallace on television.

Mr Gilmore said the minister had explained the situation to the Dáil and had apologised.

He said that any further questions could be pursued when an Oireachtas committee discusses the report on penalty points.

Fianna Fáil leader Micheál Martin said the minister's apology was an "insult" and missed the point, which was that he should not have disclosed the information.

He said no minister should have done what Mr Shatter did.

Mr Martin said he thought the Tánaiste in his heart knew that, but could not bring himself to say it.

ULA TD Clare Daly claimed that a lot of gardaí did not have confidence in the Commissioner.

She said that she and her colleagues had "serious evidence that whistleblowers were warned off".

The Tánaiste said there are issues that are of legitimate public concern around privacy.

He said everyone wanted the law applied fairly, without any "inside track" for some. 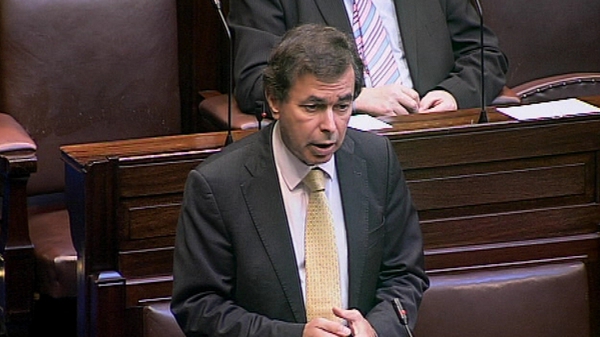