The US Senate subcommittee was told yesterday that Apple had negotiated a 2% tax rate with the Government.

The Government has since strongly denied such a deal exists.

"There are many countries that have good tax offerings, including individual states in the United States and countries like Luxembourg, Belgium, Holland and the UK increasingly.

"There is global competition and tax happens to be one of the areas that Ireland competes for global investment."

Mr O'Leary also said it was not true that Ireland had a special deal with Apple on the tax rate it pays.

However, he was unable to deny that Apple paid an effective tax rate of 2%, as outlined at the Senate hearing.

Professor John Fitzgerald of the Economic and Social Research Institute has warned that a failure to address concerns about Ireland's corporate tax regime could cost thousands of Irish jobs.

Speaking on RTÉ, Mr Fitzgerald said that it was time for the Government to re-examine Ireland's corporation tax policy.

He said: "It is exactly because Congress could wipe out 150,000 jobs in Ireland tomorrow that we should worry.

"My feeling or my view is that Ireland in 20 years' time should be much more reliant on the corporation tax regime ... We need to tighten up."

Tánaiste Eamon Gilmore said the Irish corporation tax rate is 12.5% and there is no special rate for any company.

Elsewhere, it is understood that informal contacts took place yesterday between the European Commission and the Irish presidency of the EU over the Apple controversy.

It is thought that the Commission will be looking more closely at the issue of whether or not Apple exploited Ireland's tax system in order to avoid tax on billions of dollars of revenue.

A key issue is whether or not Ireland is in breach of EU law over the question of an alleged bilateral deal with Apple over its tax rate.

Under the 1997 code of conduct against harmful tax practices, EU member states are prohibited from negotiating bilateral tax deals with individual corporations.

Any private arrangement between Ireland and Apple might also breach EU competition law.

It is understood, however, that EU taxation commissioner Algirdas Semeta is reassured that Ireland's tax regime is transparent.

The question of profit shifting or aggressive tax planning was discussed at a pre-arranged summit of EU leaders in Brussels today.

Minister for Jobs, Enterprise & Innovation Richard Bruton has said Ireland complies with all the rules on taxation.

Speaking on RTÉ's Today with Pat Kenny, Mr Bruton said that Ireland complies with the rules set out by the Organisation for Economic Cooperation and Development.

He said that there was no "side deal" with computer maker Apple to give them a special tax rate.

Minister Bruton said that all companies brought to Ireland by the IDA contributed significantly to Ireland's economy.

Mr Bruton said a low-tax rate was always part of Ireland's "offering" to international companies and it would continue to be so.

Speaking in the Dáil, Sinn Féin President Gerry Adams said there was one law for the rich and one law for others. 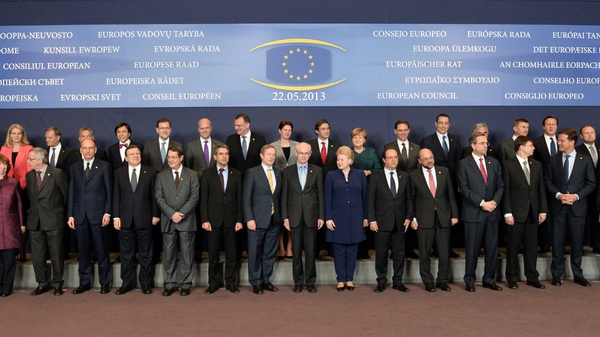 Progress reported on EU plans for crackdown on tax fraud