Independent TD Mick Wallace has said the latest comments from the Minister for Justice in the penalty points row were made in an effort to discredit him.

In a statement this morning, the Wexford TD repeated that he was unaware of the alleged incident in which Alan Shatter claimed he had received a garda warning for using his mobile phone while driving.

Mr Shatter said last night that his remarks about Mr Wallace were made because he believed it was important that the public were in a position to assess the credibility of Mr Wallace's position.

Mr Wallace also said the minister was hugely concerned with the protection of the reputation of celebrities and judges, but appears to be less concerned about the release of data when it serves him a political purpose.

He said he intends to continue to pursue the issue in spite of the minister's repeated efforts to discredit him and to deflect attention from other serious issues.

The Wexford TD said he will be holding a press conference next week with fellow TDs Clare Daly, Joan Collins and Luke 'Ming' Flanagan.

Fianna Fáil has called on Mr Shatter to resign, while Sinn Féin questioned whether he had acted appropriately.

General Secretary of the Association of Garda Sergeants and Inspectors John Redmond said it was unbecoming of the minister to put the information into the public domain. 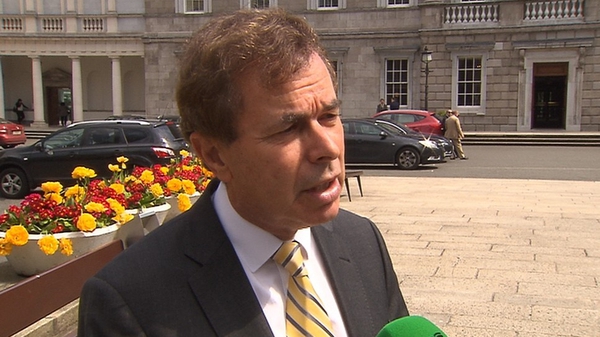