The HSE has confirmed that 13 people have now been treated for stomach-related illnesses after two outbreaks of the cryptosporidiosis parasitic disease.

The disease has arisen from the pollution of the public water supply in Co Roscommon.

Roscommon County Council confirmed that three dead calves were removed from a stream which is a tributary of one of the sources for the Roscommon town central water scheme where cryptosporidiosis has been detected.

Following the identification of the particular type of cryptosporidium as Parvum, which is animal related, the Council has began farm visits around the catchment of both sources on the Roscommon Central Water Supply Scheme.

To date, 66 such visits have taken place.

In 11 cases poor management of effluent run-off from yards was found and follow up actions ordered.

The public health department of HSE West says it cannot confirm how many people have been hospitalised as a result of the outbreaks in the towns of Roscommon and Boyle.

Over 10,000 people affected by the outbreak have been advised to continue to boil all water for domestic use until further notice.

The local authority says domestic water filters will not render water safe to drink and is advising residents to make ice from cooled boiled water. 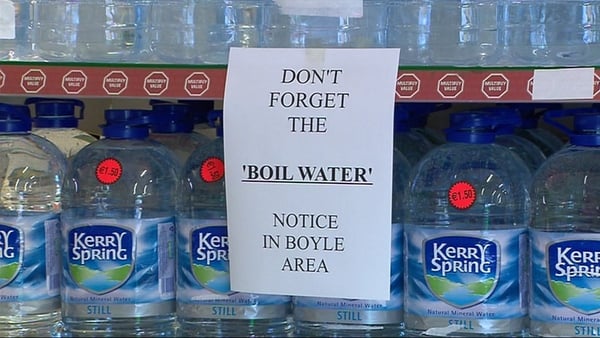