The Irish National Teachers’ Organisation and the Teachers’ Union of Ireland made the decision at executive meetings this afternoon.

Meanwhile, Minister for Public Expenditure and Reform Brendan Howlin has said that he would not be prescriptive if a day or two more was required to complete a deal.

While "agreement in principle" has been reached with a number of unions who previously voted no, there are still extremely difficult agendas to be addressed, particularly in health and education.

Health sector talks will take place on Sunday, as will contact with the civil service unions.

Monday has been dedicated to engagement with the teachers' unions - all four of which rejected Croke Park II.

The Association of Secondary Teachers Ireland will decide tomorrow if it will take part in renewed talks. The Irish Federation of University Lecturers will decide on Monday.

The Unite trade union has said it will continue to engage in the revised Croke Park II talks at the LRC on the basis of what it called its own clearly defined position.

The union's public sector representatives were briefed by negotiators this morning on progress to date.

In a statement, Unite said it has been advancing its proposals for alternatives to the cuts, including what it called an "employee-driven" reform agenda.

It says that it is still waiting for statistical information from the management side.

It was also agreed that any proposals emerging from the LRC process would be presented first to another meeting of the union's public sector representatives for their consideration prior to a ballot of members. 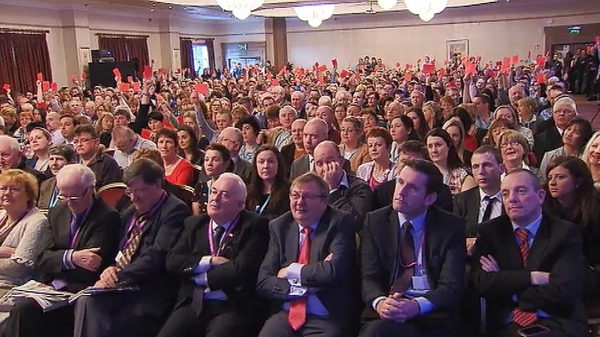