More than 1.5 million people have fled Syria as conditions there deteriorate rapidly, the United Nations refugee agency has said.

The exodus has accelerated over the past four months and the United Nations High Commissioner for Refugees estimates that nearly 1m refugees have registered since January.

In a statement, the UNHCR said the actual number is much higher, but did not give an estimate.

"Refugees tell us the increased fighting and changing of control of towns and villages, in particular in conflict areas, results in more and more civilians deciding to leave," it added.

Most of the refugees have fled to neighbouring Lebanon and Jordan where the UNHCR said it had counted 470,457 and 473,587 respectively this week.

Talks on how to end the violence have been held by US President Barack Obama and Turkish Prime Minister Recep Tayyip Erdogan at the White House. Both want Syrian President Bashar al-Assad to go.

Mr Obama said that he had seen evidence that chemical weapons had been used in Syria.

But he stressed that the carnage from conventional weapons should be enough reason for the international community to act.

Speaking at a joint news conference following his White House meeting with the Turkish leader, Mr Obama said there are a number of diplomatic and military options available.

He said: "We also agree that we have to prevent Syria from becoming an area for terrorist organisations.

"We also agreed that chemical weapons should not be used and all minorities and their rights should be secured."

Mr Obama said there was no magic formula for Syria, but "what we have to do is apply steady international pressure, strengthen the opposition".

Meanwhile, the US has blacklisted four Syrian government ministers, an airline and a television station it said helped the Assad government in its two-year crackdown on opposition forces.

The same day, the US State Department labelled as a terrorist Mohammad al-Golani, for being the leader of the al-Nusra Front.

The group is one of the most effective forces fighting Mr Assad, but also pledged allegiance to al-Qaeda leader Ayman al-Zawahri last month.

The US has imposed sanctions on Syria since the beginning of the increasingly violent two-year civil war in the country that has killed an estimated 80,000 people.

Al-Dunya also helped the government disseminate fake weapons busts and arrest people it had interviewed, according to Treasury.

Treasury also blacklisted, or designated, four Syrian officials: the ministers of defence, health, industry, and justice, as part of its broader steps to stymie the government's activities.

However, Western states wanted to limit the participants and possibly predetermine the outcome of the talks.

Conflicting comments from Russia and the West over Iran's role in the possible meeting have added to disagreements which already threaten to derail the conference proposed by Moscow and the US last week.

UN Secretary-General Ban Ki-moon said the proposed international conference should be held as soon as possible, but that no date had yet been agreed.

"We should not lose the momentum," Mr Ban.

"There is a high expectation that this meeting should be held as soon as possible," he said after talks with Mr Lavrov.

UN peacekeeping chief Herve Ladsous told reporters the three military observers were held for about five hours on Wednesday before they were released unharmed.

Four Filipino peacekeepers were released on Sunday after they were held for five days by the rebel Yarmouk Martyrs' Brigade, who said they held the soldiers for their own safety after clashes with Syrian troops had put them in danger.

The same rebel group held 21 Filipino peacekeepers for three days in March, giving the same reason for detaining them.

While in November, a convoy of UN peacekeepers came under fire near the airport in Damascus. 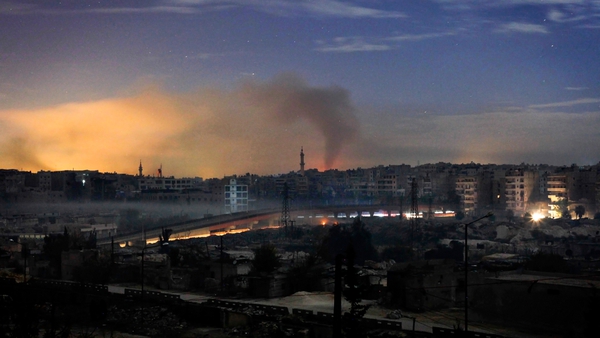