Average family farm earnings fell by 15% in 2012, bringing the average income figure for the farming sector to €25,483.

The average direct payment per farm was €20,534 comprising 81% of farm income.

The Single Farm Payment, which is currently the topic of negotiation in the ongoing Common Agricultural Policy talks, continues to be the most important component of direct payments.

It comprises 58% of farm incomes on average and over 80% of income on cattle farms.

"The €25,483 is the average income for the full population of approximately 80,000 farms and this conceals the large variation that exists across the different farming enterprises,” he added.

The survey concludes that low levels of profitability continue to be a problem for a large number of farms and only about one-third of farms are economically viable farm businesses.

Almost 26,104 farm households are economically vulnerable, ie the business is not viable and neither the farmer nor the spouse works off the farm.

Teagasc says 2011 was a particularly good year and income for 2012 still remains slightly ahead of 2010 levels.

Responding to the survey the Irish Farmers' Association said the main reason for the drop in income was bad weather and the impact of Government cuts.

IFA President John Bryan said: "The implications of this ongoing disastrous weather event will be that farm incomes will be hit further this year. Without an immediate and prolonged improvement in the weather, many farmers will be facing an income crisis later this year.”

"The overall fall of 15% in incomes last year represented a serious hit to farm viability, in a year when output prices were quite strong,” he added.

The IFA said although prices were strong in the cattle sector in 2012, there was still a fall in income overall because of higher input costs and reduction in direct payments.

Hotels, universities, a cement company and a prison were among 547 Irish corporate entities given EU farm payments.

The figures emerged as EU agriculture ministers argue in Brussels over what constitutes an active farmer and what entities should not be allowed to claim farm payments under the Common Agriculture Policy.

Figures from the Department of Agriculture however show that over 500 companies or corporate entities qualified for payments from October 2011 to October 2012.

Among them are University College Dublin and the University of Limerick, which got €78,000 and €88,000 respectively, while Irish Cement Ltd operations in Drogheda and Limerick got €166,000.

The luxury five-star Hotel Europe in Killarney, Co Kerry was given €65,000, while other hotels and golf courses in Ireland got smaller amounts.

All of these entities have some sort of farm operations on lands that they own and are entitled to the payments they have been given. 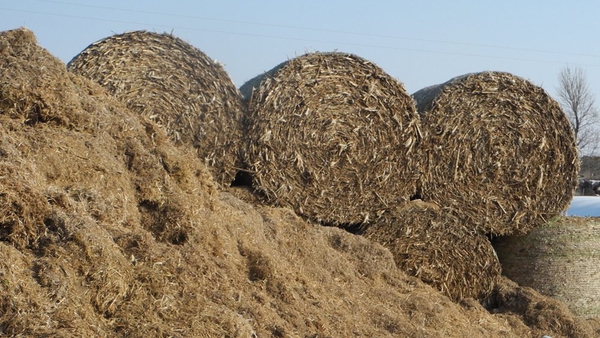