Bus Éireann management has agreed to pull back from implementing controversial cost saving measures, and the National Bus and Rail Union has lifted its pickets in return.

However in a separate development, SIPTU has announced that it will be balloting its members in Irish Rail and Dublin Bus for industrial action in solidarity with its members in Bus Éireann.

The result of SIPTU's ballot for industrial action at Bus Éireann is due on Thursday, and is expected to back it.

Meanwhile, Minister for Transport Leo Varadkar has said he is hopeful of a settlement in the Bus Éireann dispute.

The minister said he welcomed the fact that negotiations are now under way and that buses are operating as normal.

He said it was important to have a lasting agreement that delivers the necessary savings to ensure the viability of the company and the jobs.

He added that this was the third time the LRC has intervened in the dispute and said he was confident of a resolution.

Representatives from the NBRU, SIPTU and management are holding discussions at the LRC today.

He said the vast majority of services are operating and while the talks would not be easy the future of the company was at stake.

Mr McLindon said the company was in a difficult financial situation and the industrial dispute has cost it “effectively €500,000 at a time when we're already losing approximately €500,000 a month so time is of the essence on this”.

“That's why it's a very short sharp process of 48 hours where we'll all sit down and try to get agreement on this so we can bring in the cost saving measures designed to protect the future of the company", he added.

Bus Éireann said all commuter services in the greater Dublin area and all inter-city services from Dublin are operating.

All services in Cork, Galway, Limerick, Sligo, Mayo, Donegal, Clare and Kerry as well as all school transport services are also operating normally. 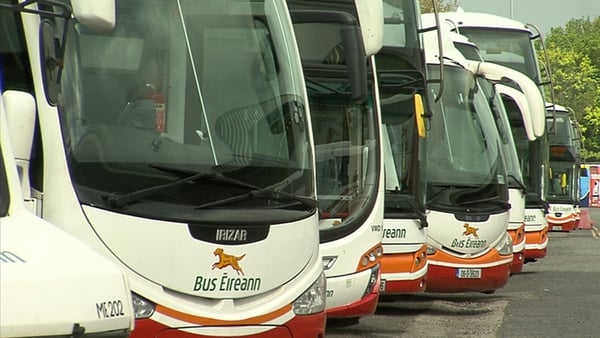