Talks at the Labour Relations Commission involving health sector unions and employers on proposals for a successor to the Croke Park deal have been adjourned.

INMO general secretary Liam Doran said that under the auspices of the LRC, an examination would be carried out in the field over the next two weeks.

This would look at a number of issues including some hospital work allocation, compliance with working time regulations, overtime and the impact on nursing and midwifery staff.

He said after this field work is completed, they would return to the LRC for a number of days of intensive discussions to see if they can bring the strands of a new collective agreement together.

He added that they would have to wait and see if that is possible.

Questioned about a proposal tabled at the talks for a 39-hour working week in return for the retention of premium payments at double time on Sundays and better starting salaries for graduates, he said that was all still in play and some elements are still there, others are still going to be problematic but nothing is agreed until everything is signed off.

He added that they are still trying to find alternative ways of making such savings.

Earlier, Labour Relations Commission chief executive Kieran Mulvey has said that a considerable number of unions have agreed in principle that they are reasonably satisfied with what has been achieved at the talks.

He said he hoped to get agreements with all of the groups, which was their overall objective, but there is still a hard road to go.

He said there were a lot of complex issues involved and a lot of unions have to report back to their executives. He added that further talks are scheduled tomorrow with other groups.

He said he has not made a full assessment on what he would be saying to Minister for Public Expenditure and Reform Brendan Howlin this evening.

SIPTU Vice President Patricia King has said they will be taking part in further talks tomorrow at the Labour Relations commission.

She said the talks involving SIPTU had adjourned until tomorrow.

She added that it was too early to say if there were making progress.

She said both sides had exchanged their positions, but they have not moved anywhere near making progress yet.

She added it was down to whether the employers have the will to make substantive reforms to the proposals.

Significant progress on a successor to the Croke Park agreement was reported before negotiations adjourned overnight.

SIPTU President Jack O'Connor has said there is a better prospect of a new Croke Park deal than there was last Friday evening.

New proposals would see those earning between €65,000 and €100,000 receive increments at 18-month intervals, rather than the original three-year freeze proposed in Croke Park II.

There was also agreement in principle with the garda representative bodies.

Under revised proposals, gardaí would work an extra three days a year while their premium payments would not be cut to the extent previously planned.

The overtime rate for voluntary overtime would fall from time-and-a-half to time-and-a-quarter.

Gardaí will continue to work the new roster introduced under the Croke Park Agreement until July of next year to allow an independent review of the roster to take place.

Meanwhile, IMPACT Head of Communications Bernard Harbor has said any improvements to the deal offered to unions that voted No should also be made available to those who backed the deal.

Speaking on RTÉ's Today with Pat Kenny, Mr Harbor said that although progress had been made over the weekend, it was not yet clear how successful it would be.

He said there was a long way to go, especially in health. 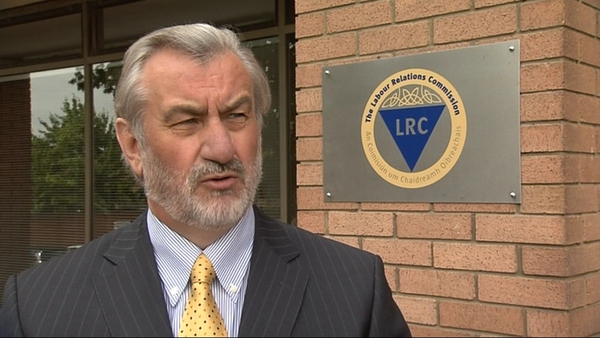