A Massachusetts funeral home owner said he is struggling to find a graveyard willing to accept the body of Boston Marathon bombing suspect Tamerlan Tsarnaev.

Peter Stefan, owner of the funeral home in Worcester, Massachusetts, said he would turn to government officials for help if he cannot find a resting place for Mr Tsarnaev soon.

"Everyone deserves a burial. It doesn't matter who it is," Mr Stefan said in a telephone interview with Reuters. "I can't pick and choose."

Tamerlan and his brother, Dzhokhar, are suspected of planting and detonating two pressure-cooker bombs near the finish line of the Boston Marathon on 15 April.

The bombing was the worst attack on US soil since the 11 September 2001 attacks.

Mr Stefan said he had faced criticism for his decision to accept the body of Mr Tsarnaev, and was prepared for protests outside his business, the Graham, Putnam and Mahoney Funeral Parlors.

Mr Tamerlan's wife, Katherine Russell, declined to pick up her husband’s body from the Massachusetts Medical Examiner's office, allowing his relatives to claim the remains and arrange for a funeral.

His body, released on Thursday, was initially taken to another funeral home.

Mr Stefan said Mr Tsarnaev's family was put in touch with him because he has handled other Muslim funerals and is known in the community.

He declined to identify the graveyard officials he has spoken with thus far, saying he hopes to change their minds.

He compared his efforts on behalf of Mr Tsarnaev to the doctors who treated him and the lawyers preparing to defend the ethnic Chechen's younger brother, Dzhokhar, who was wounded in the shootout and is being held in a nearby prison facility.

"This is a situation that has to be dealt with. It has gone on way too long," he said. 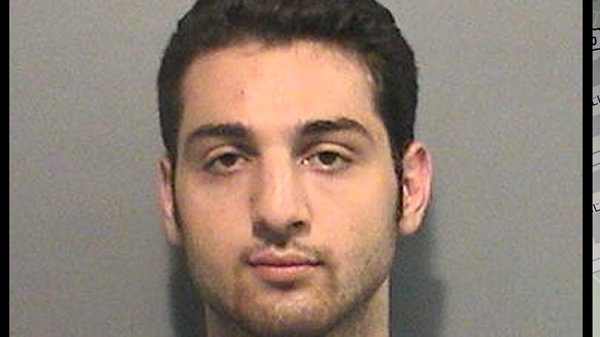