The Garda Representative Association has accused the Government of dismantling the force.

General Secretary PJ Stone told the association's annual conference that the Government was dismantling the force "brick by brick".

He described the closure of 139 garda stations as a retrograde step.

The conference was also told that portacabins are now being used to accommodate gardaí who have been transferred from stations that have been closed.

The personal stories behind the impact of Government cutbacks were outlined by individual gardaí, some of whom have to rely on parental support to pay bills.

There was a broad welcome for the Garda Commissioner Martin Callinan’s decision to support the establishment of an independent commission on pay and conditions, describing the move as unprecedented.

Commissioner Callinan is the first commissioner to support the GRA's call for an independent commission on garda pay and conditions, but he does not agree that there is political interference in the force.

He also said that he does not see the need for an independent police authority as in the UK and Northern Ireland.

Commissioner Callinan rejected the contention that gardaí needed high-powered cars to pursue mobile crime gangs, insisting they would be targeted through intelligence-led operations.

Around 5,000 people have been arrested in the past year as part of Operation Fiacla, the investigation into burglaries around the country.

About 2,700 of those arrested have appeared before the courts. 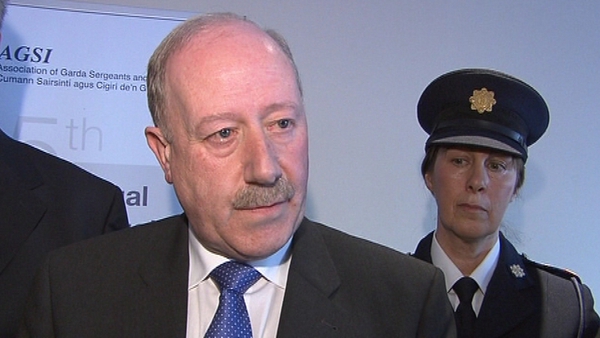