The privatisation of Coillte forests is unlikely to happen, according to Minister for Communications, Energy and Natural Resources Pat Rabbitte.

Speaking during Minister's Questions in the Dáil this afternoon, Mr Rabbitte said while it was premature to draw any conclusion "the mooted privatisation of Coillte looks more unlikely every day".

He noted the protest against the sale of harvesting rights in Co Wicklow, which featured on a number of news bulletins at the weekend.

Mr Rabbitte pointed out that talks between Bord na Móna and Coillte to create a bio energy company are under way, adding that "there are possibilities there".

Also speaking in the Dáil, Taoiseach Enda Kenny told People Before Profit Alliance TD Richard Boyd-Barrett that the Government had not made any decision on the sale of State assets including Coillte.

He said that he was well aware that many people enjoy the country's forests recreationally, including himself.

However, he said that what is being considered is the potential cash crop of timber, which will not affect people's ability to enjoy forests every weekend.

Fianna Fáil leader Michéal Martin asked if the sale of harvesting rights of Coillte is now off the table, as also suggested by Minister for Public Expenditure and Reform Brendan Howlin.

Mr Martin said in his opinion such a sale would represent a "retrograde step". 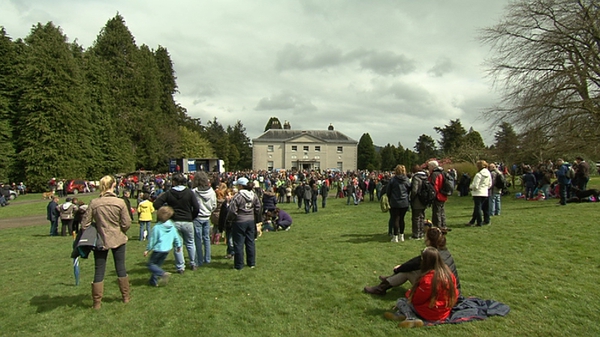 Recommendations on Coillte harvesting due