The Government has published the heads of the proposed Protection of Life during Pregnancy Bill 2013.

The bill allows for abortion in the case of a threat to the life of a pregnant woman, including the threat of suicide.

The draft heads will go for detailed discussion in the Oireachtas Health Committee, before the actual legislation is drawn up and introduced in the Dáil.

At 33 pages, the outline of the Government's proposed legislation is detailed and fairly complex.

Among other things, it specifies where an abortion can be carried out - only in healthcare facilities providing obstetric and mental health services.

One doctor will be able to approve an abortion in the event of an emergency threatening a pregnant woman's life; two in a non-emergency threat and three - two psychiatrists and one obstetrician - in the case of a threat of suicide.

The explanatory notes say an abortion can only be allowed where there is a clinical assessment that the mother's life is threatened by a real and substantial risk that can only be averted by a termination of pregnancy.

There is a process for a review if an abortion is not approved, which will involve a committee that must be established within seven days.

In the case of suicidal ideation, for a woman to be granted a termination of pregnancy, the three consultants reviewing the case must all agree that this should proceed.

The three doctors - one obstetrician/gynaecologist and two psychiatrists, are required to "form an opinion and jointly certify that a termination is required to avert a real and substantial risk to the life of the mother".

He said there had been too much speculation and political posturing ahead of the publication of the heads and added "this is about women's lives not TDs' seats".

Earlier, United Left Alliance TD Clare Daly said reports of a three-doctor assessment in the case of suicidal ideation was excessive and disappointing.

Speaking on RTÉ's Prime Time, she said: "We're dealing with the circumstances where a woman's life is in danger. I think a second opinion is more than enough to deal with that."

On the same programme, Senator Rónán Mullen said any legislation on suicide grounds was the worst piece of policy he can remember emanating from government.

He claimed Fine Gael had "caved into" the Labour agenda.

Taoiseach Enda Kenny denied earlier today that there were any problems at Cabinet with the legislation and ministers dealt with 28 items this morning.

He said it was the Government's intention to have the heads of the bill sent to the Oireachtas Health Committee after approval.

It is 21 years since the Supreme Court judgment in the X Case, which found that abortion was legal under the Constitution, if there was a real and substantial risk to the life of the mother.

The court held that this included the threat of suicide.

Mr Kenny has urged opponents to study the wording, and contribute to the debate, before coming to a final decision. 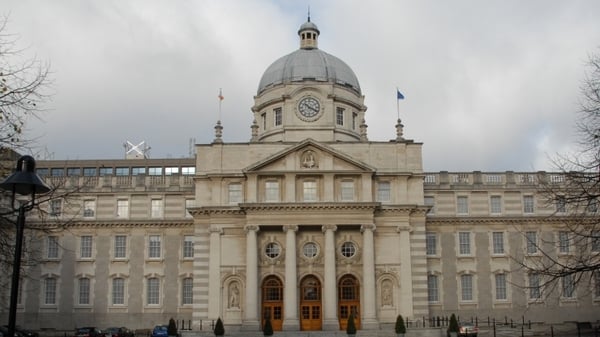