Massive snow drifts in parts of counties Down and Antrim left sheep stranded in remote areas and British and Irish relief helicopters were brought in to air lift feed.

She said: "I have obtained Executive agreement to hardship funding measures to assist farmers worst affected by livestock losses arising from the recent snow storm.

"The first element of this is that my department will pay for the costs of collection and disposal of fallen stock from the farmers most severely affected.

"This relieves those farmers of a potential cost to their business and protects both the environment and animal health by encouraging the proper disposal of fallen stock."

Some of the worst snow to affect the rural community for years fell at the end of March and the ground remained dangerous well into April.

The Glens of Antrim and the Mourne Mountains in Co Down were particularly badly affected.

Power supplies were cut off, phone signals were down, and emergency services had to transport food and medicines to some people in isolated areas using military helicopters from the RAF and the Air Corps.

Farmers have reported damage to fences and sheds, while thousands of animals that froze or starved to death have been recovered. 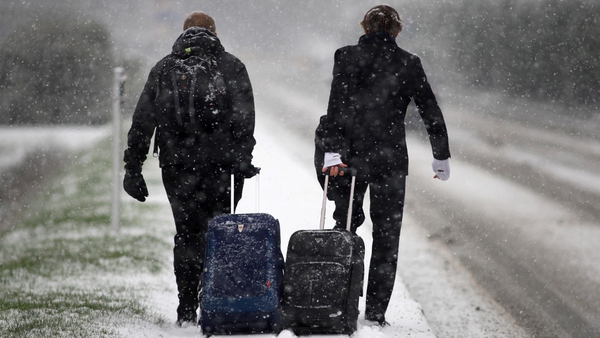