Brothers Tamerlan and Dzhokhar Tsarnaev's original intent when they hijacked a car and its driver in Boston last Thursday night was to drive to New York with bombs and detonate them in Times Square.

However, their plan fell apart when they became embroiled in a shootout with police.

"Last night we were informed by the FBI that the surviving attacker revealed that New York City was next on their list of targets," Mr Bloomberg said at New York City Hall.

"He and his older brother intended to drive to New York and detonate those explosives in Times Square."

Three people were killed and 264 injured when two bombs exploded near the finish line of the Boston Marathon on 15 April.

One law enforcement source said earlier this was based on what surviving suspect Dzhokhar Tsarnaev, 19, told investigators in a Boston hospital.

He is recovering from gunshot wounds in Beth Israel Deaconess Medical Centre, where he was formally charged on Monday with crimes that could carry the death penalty.

Mr Tsarnaev's attorney, Miriam Conrad, declined to comment on whether her wounded client was still talking with investigators.

Father to travel to US

The father of two suspects said he would travel from Russia to the United States to bury his elder son.

Anzor Tsarnaev and his former wife Zubeidat Tsarnaeva, sitting side by side in the southern Russian city of Makhachkala, denied their sons had planted the bombs at the Boston Marathon.

They claim their sons have been framed.

Banging the table in front of him, Mr Tsarnaev said: "I am going to the United States. I want to say that I am going there to see my son, to bury the older one.

"I don't have any bad intentions. I don't plan to blow up anything.

"I am not angry at anyone. I want to go find out the truth," said Mr Tsarnaev.

The Tsarnaev family lived in Makhachkala, the capital of the Dagestan region in Russia's volatile north caucasus, more than a decade ago before emigrating to the United States.

Mr Tsarnaev and Ms Tsarnaeva later returned to Russia and their two sons remained in the United States, although Tamerlan came to Dagestan during a six-month stay in Russia last year. 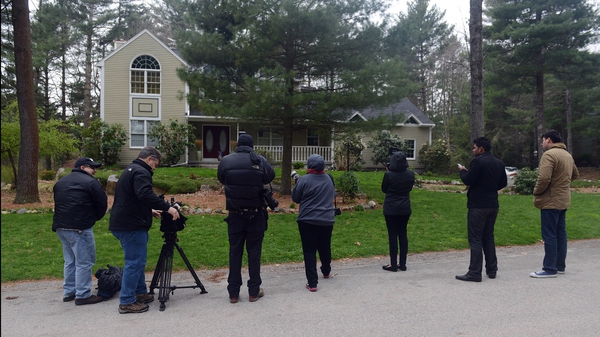