Minister for Health James Reilly has said pregnant women who feel suicidal will not have to face six doctors, following reports that planned abortion legislation would contain that measure.

Mr Reilly said he accepts there are differences of opinion both inside and outside of Government and he said the draft legislation will come before Cabinet tomorrow.

He said: "With respect, I think that some people may have formed the wrong impression. The heads of the bill are not finalised - they are still in process.

"It wouldn't be right for me to discuss what's in them until they have been discussed at the appropriate level and by that I mean Cabinet.

"But I do want to allay any misapprehension people have: It is not the case nor was it ever going to be the case that a woman who is in a distressed state with suicidal ideation would be subjected to an interview by six different medical people either simultaneously or individually.

"That was never going to be the case".

Mr Reilly said: "So I think you'll have to allow me the space and time now, with my colleagues in Government, to finalise this process to bring the heads of bill to Government and they will then go to the Committee of the Oireachtas on Health where the heads can be discussed, before the bill is finally drafted.

"What we have to do here is honour our obligation to bring clarity to the law, so that the women of this country know what's available in relation to the services that are there for them and that the medical people who have to provide these services are clear on what's legal and what is not.

"I want to reassure people that there will be no question of a woman who is in distress with suicidal ideation being put through the sort of interviewing process I think that we have heard about on the television and the radio in the last couple of days."

Proposals amounted to 'abuse' of women

Earlier, a leading perinatal psychiatrist said the proposal that a suicidal pregnant woman would have to be assessed by six consultants before an abortion could be allowed amounts to abuse of the woman.

Dr Anthony McCarthy, one of only three such psychiatrists in the country, said he thought it was "some sort of a sick joke" when he learned of the proposal.

The Government is currently considering draft legislation to allow doctors to perform terminations if they believe there is a substantial risk to the life of the mother, including suicide.

Dr McCarthy said that if the politicians were considering the proposal of assessment by six consultants, then they had learned nothing.

"If a woman is seriously distressed and depressed in pregnancy, and potentially suicidal or having suicidal ideas, the idea that you would bring her through a forum such as this - almost an inquisition - where she would have to tell her story in front of six different people, is frankly abusive. It's truly idiotic," he added.

He also said that the profession had spent years trying to de-stigmatise mental health and get people to talk.

"This idea would do everything to say 'don't talk'," he said.

Dr McCarthy added that the idea was completely "unworkable", and could only have been designed by people who did not understand how doctors work.

He said it was impractical to try to bring six doctors together, including four psychiatrists, to assess a patient who may need more than one interview.

Dr McCarthy said it would be a very small group of women who would be suicidal and want an abortion.

He questioned whether they would be able to speak to a number of psychiatrists and an appeals panel, and put themselves through such a process.

Professor of Psychiatry at UCD Patricia Casey has called on the Government to go back to the drawing board on what she called "the suicide issue".

Speaking on RTÉ's News at One, she said the Government needed to admit that the evidence provided to the Health Committee showed there was no need for this legislation.

Professor Casey said the Government needed to accept that it may harm women.

She also said that it was somewhat reassuring that women will not be put through what she described as a very stressful and traumatising process.

She said the basis under which this legislation was proposed was not evidence based.

Meanwhile, speaking on RTÉ's Today with Pat Kenny, Senator Rónán Mullen said he believed that the reported proposals were a "political ruse" by the Government.

Mr Mullen said he believed it was unworkable.

He said: "This is the Government pretending that it's taking the concerns of pro life parliamentarians seriously.

"Two, six, nine psychiatrists assessing something for which there is no medical evidence anyway is not an acceptable approach to this problem," he said.

Elsewhere, Tánaiste Eamon Gilmore said the Government intended to keep to its deadline of having abortion legislation "dealt with" before the summer recess.

However, he added that it was important the Government got "the content of the legislation right" in order to "protect the lives of women and provide certainty".

Minister for Education Ruairi Quinn has said proposals for abortion legislation are not listed for tomorrow’s Cabinet meeting.

He refused to be drawn about reports that six consultants would assess pregnant women who are suicidal under proposed legislation, but he said the Taoiseach and Tánaiste have said the Government will deal with this matter and legislation will be enacted by the end of this season in July. 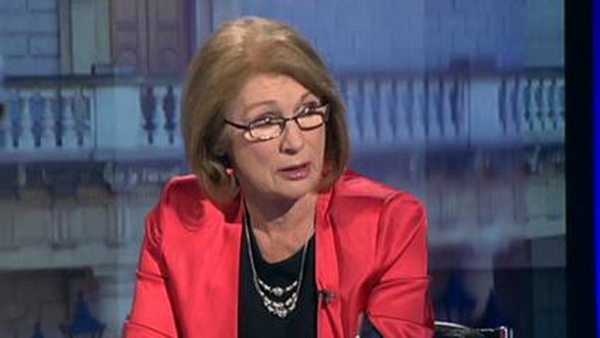 Coalition yet to reach agreement on X Case legislation