A strong 6.6 magnitude earthquake has hit China's Sichuan province, killing at least 157 people and injuring about 5,700.

The epicentre is close to where a major earthquake killed almost 70,000 people in 2008.

The earthquake occurred at 8.02am (1.02am Irish time) in Lushan county near Ya'an city and the epicentre had a depth of 12km, the US Geological Survey said.

The quake was felt by residents in neighbouring provinces and in the provincial capital of Chengdu, causing many people to rush out of buildings.

State media said 157 people have been confirmed dead and about 5,700 have been injured, many of them seriously.

President Xi Jinping and Prime Minister Li Keqiang said that all efforts must be put into rescuing victims to limit the death toll as much as possible.

Mr Li has arrived in the disaster zone and is surveying the damage.

"The current most urgent issue is grasping the first 24 hours since the quake's occurrence, the golden time for saving lives," Xinhua news agency quoted Mr Li as saying.

Xinhua said 6,000 troops were heading to the area to help with rescue efforts.

State television CCTV said only emergency vehicles were being allowed into Ya'an, although Chengdu airport has reopened.

Most of the deaths were concentrated in Lushan, where water and electricity were cut off.

Xinhua said rescuers had pulled 32 survivors out of rubble in Lushan, where almost all low-rise houses and buildings have collapsed. 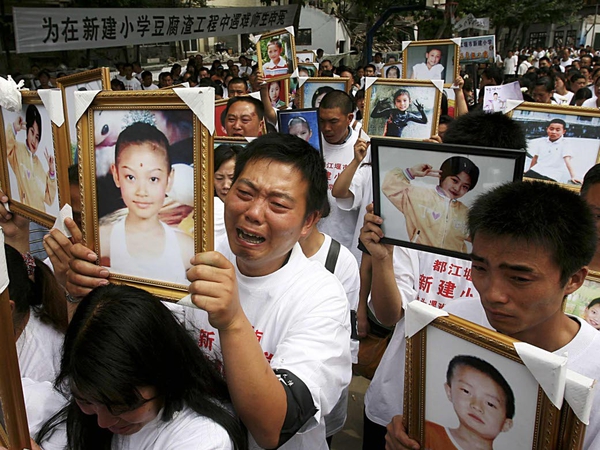