Minister of State Brian Hayes has said people facing unsustainable mortgages will have to realise that the situation will have to be confronted.

Mr Hayes said the new Code of Conduct for Mortgage Arrears would have to ensure fairness from banks in dealing with people in difficult mortgage situations.

The Central Bank is currently reviewing the code of conduct with a view to changing some of its provisions.

Mr Hayes said there would have to be fairness from people themselves and where there was an unsustainable mortgage, the situation had to be "moved on and confronted".

He said he would not prejudge the outcome of the consultation process, but welcomed the comments of the Free Legal Advice Centre (FLAC) on the issue.

FLAC has said that banks should not be allowed to make more unsolicited calls to homeowners in arrears.

Asked whether he favoured retaining the restriction on financial institutions of three calls per month to clients in difficulty, Mr Hayes said he wanted to see a fair code of conduct.

He also said he presumed that in drawing up the new code of conduct, the Central Bank would have regard to the submissions of FLAC and others.

Speaking on RTÉ’s Morning Ireland, FLAC Director General Noeline Blackwell, said the code needs to be revised to strengthen the hand of borrowers.

She said: "At the moment, borrowers are going into these negotiations very vulnerable. They go in without legal and financial advice available to them, funded by the State or by the banks."

She also said that people's reasonable living expenses and all of their debt should be taken into account when the long-term re-structuring of their mortgage is being done. 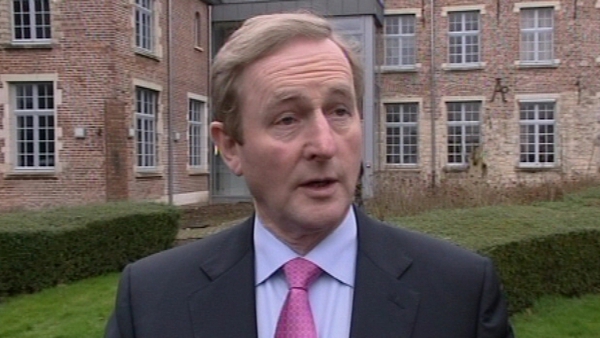