A midwife who was working on the ward where Savita Halappanavar was being treated has given evidence at the inquest into her death.

Miriam Dunleavy told the Coroner's Court in Galway that entries were put into Mrs Halappanavar's medical notes by the hospital's internal investigation.

Coroner Dr Ciaran McLoughlin raised questions as to the appropriateness of this.

Legal representatives for Galway University Hospital are to check the exact situation.

The consultant obstetrician who was treating Mrs Halappanavar at the hospital later read her witness statement to the inquest.

Dr Katherine Astbury will be cross-examined when the inquest resumes in the morning.

In a detailed chronological account of the treatment she provided, Dr Astbury said that she had requested an ultrasound on Monday 22 October after Mrs Halappanavar's membranes ruptured.

On the following day when she asked for medication to assist a miscarriage, she said she told Mrs Halappanavar that the Irish legal position did not allow her to carry out a termination at that time, as there was no risk to her life or health.

When her condition deteriorated the following day, Dr Astbury said she had formed the view that there might be no option but to consider a delivery, regardless of the foetal heartbeat.

She said she consulted with colleagues about this.

However, a further scan confirmed foetal demise and the foetus was subsequently delivered naturally in theatre.

The doctor who first diagnosed that Mrs Halappanavar was suffering with sepsis also gave evidence before the inquest this afternoon.

Dr Ikechkwu Uzockwu was on call at the Department of Obstetrics and Gynaecology on the evening of 23 October when he got a call from a midwife to tell him Mrs Halappanavar was feeling weak.

He called to the ward where she was at 1am on 24 October and reviewed her.

At this time, she was sleeping and her clinical condition was stable.

Dr Uzockwu was alerted to the patient having developed a fever with a fast heart rate at 6.30am and attended her immediately.

Mrs Halappanavar had a temperature of 39.6C and a pulse of 160 beats per minute. The doctor performed a series of blood tests as he was concerned about possible sepsis, given the fact that Mrs Halappanavar's membranes had been ruptured for some time.

Dr Uzockwu told the inquest that when taken with the elevated temperature and pulse rate, this was a cause for concern to him.

He alerted the senior registrar on duty, Dr Sarah Campbell, who said she would review the patient. Dr Uzockwu said this did not happen.

He referred to a statement from a midwife that says Mrs Halappanavar had an elevated pulse rate at 7.35pm on 23 October and that Dr Uzockwu was alerted to this.

He said he was not told about an elevated pulse at that time.

When it was put to him that the indicators of sepsis were so serious that they merited immediate attention, Dr Uzockwu agreed.

He concurred that the indicators were of a life-threatening condition and would require urgent attention.

Earlier, proceedings were dominated by evidence about Mrs Halappanavar's first day in hospital and conversations she had with a midwife.

The inquest heard from two friends of Mrs Halappanavar who had visited her in hospital.

One of them, Mrudula Vasepalli, was with her on the morning of 23 October.

She told the inquest that when a request for a termination of pregnancy was made, a midwife had told Mrs Halappanavar: "We don't do that here dear, it's a Catholic thing."

During lengthy cross-examination by Declan Buckley SC for the hospital and its staff, Ms Vasepalli was adamant that this was what she had heard.

Mr Buckley said there was no record of such a conversation in any medical notes.

Earlier, Dr McLoughlin had asked legal representatives for the hospital if the midwife could be identified.

Mr Buckley told Dr McLoughlin that it was the hospital's "best guess" that the staff member referred to was a clinical midwife manager.

He said it was difficult to be certain who the woman in question was, as there were a number of midwives on duty at the time.

Mr Buckley said the "best guess" the hospital could make was that the clinical midwife manager in question was Ann Maria Burke.

He said she was accompanied on the day in question by a student midwife, Elaine Finnucane.

Both nurses have made statements to the inquest, but were not listed as witnesses.

The coroner has requested that they give evidence for the sake of completeness.

Evidence was also heard from the doctors who first treated Mrs Halappanavar at the department of Obstetrics and Gynaecology on Sunday, 21 October.

Two hours later when Mrs Halappanavar returned to the hospital, she carried out a blood test.

However, registrar Dr Andrew Gaolebale said the results, showing a raised white cell count, were not realised until the following Wednesday.

The SHO told the coroner this would be normal in pregnancy and would not have altered her management in any way.

Dr Gaolebale also told the inquest that in retrospect the back pain experienced by Mrs Halappanavar was actually caused by uterine contractions.

Mr Buckley told the inquest that it is accepted that on Tuesday 23 October, Mrs Halappanavar asked consultant Dr Katherine Astbury for a termination.

Mrs Halappanavar asked if medication could be given to allow that.

The inquest heard that Dr Astbury replied that the legal position in Ireland was that it was not possible to do so.

The inquest also heard that in July 2012 Galway University Hospital had agreed a policy on the management of sepsis.

The policy was prepared by the management team of the Department of Obstetrics.

Mrs Halappanavar's husband, Praveen Halappanavar, gave evidence yesterday that she had made three requests for a termination over two days.

The primary role of the inquest is to determine key facts concerning the death of Mrs Halappanavar on 28 October following a miscarriage.

Mrs Halappanavar was 17 weeks' pregnant at the time.

The HSE's draft clinical review into Mrs Halappanavar's death, given to Mr Halappanavar over a week ago, has yet to be published.

At least 16 witnesses from the hospital, as well as expert witnesses, are scheduled to give evidence. 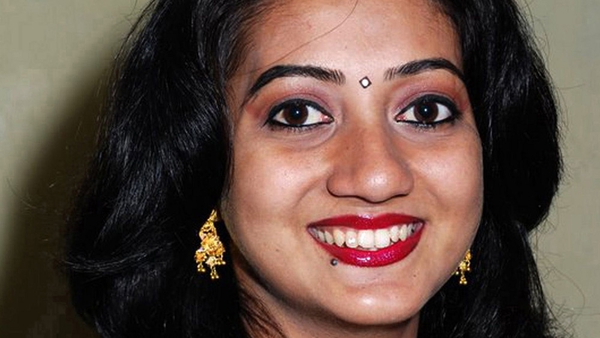 Savita Halappanavar inquest hears three requests were made for termination