Dublin City Councillors have overwhelmingly backed a report calling for preservation of the 1916 monument on Moore Street.

A special cross-party committee called for greater protection of 14-17 Moore Street in the face of development plans proposed by the owners of the site Chartered Land.

Those plans provide for the preservation of the four houses, which retain features from the time of the rising and which were the site of the final moments of the rebellion.

But the development plans involve the demolition of rear buildings, yards and walls of the houses, with six storey shopping centre buildings within ten metres of the rear.

The committee's report urged Minister for the Arts, Heritage and the Gaeltacht Jimmy Deenihan to refuse this plan or to at least preserve space to the rear.

The committee also recommended the preservation of number ten and the assessment of the battlefield site to include lanes used in the evacuation of the GPO.

But it stopped short of calling for the preservation of the entire terrace and surrounding area as demanded by some relatives of the 1916 leaders.

Chairman of the special committee Cllr Nial Ring (Ind) said its members had been committed to coming up with recommendations that "are practical, reasonable and attainable by 2016".

Most councillors backed the report, but Cllr Bill Tormey (FG) said he would have nothing to do with "the glorification of bloodlust and violence" and added that Padraig Pearse was "barking mad".

However, the report was passed by councillors and will be presented to Minister Deenihan. 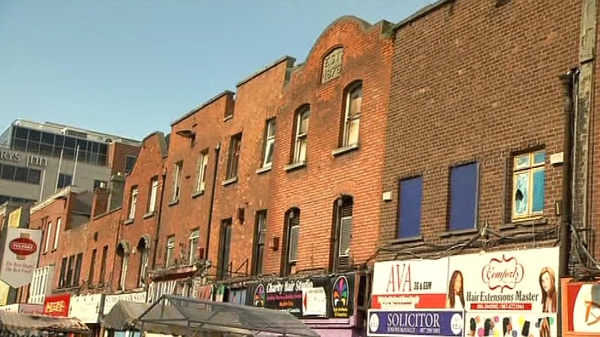