Northumbria Police say burglars broke into the cellar of the Newcastle Lord Mayor's house overnight between 1 April and 2 April and stole several very uncommon items valued at around £150,000 (€177,000).

Police say the thieves made off with a large amount of antique silverware in addition to the Nobel prize.

It was awarded in 1934 to former British foreign secretary Arthur Henderson for his work on international disarmament.

Police appealed for help tracking down the items, saying the stolen prize is "extremely rare, recognisable and historically important". 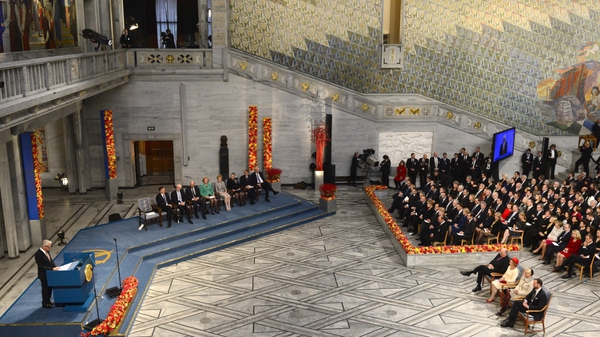