A major analysis of European health has found that the financial crisis is costing lives, with suicides and infectious diseases on the rise.

The report in The Lancet journal adds that austerity measures introduced to tackle the crisis mean politicians are not addressing the problem.

It found that falling incomes mean fewer people can see their doctors or afford to buy medicines.

Those countries that have slashed public spending the hardest have fared the worst medically.

"Austerity measures haven't solved the economic problems and they have also created big health problems," said Martin McKee, a professor of European Public Health at the London School of Hygiene and Tropical Medicine.

Mr McKee, who led the research, said worsening health was driven not just by unemployment, but by the lack of a social welfare system to fall back on.

"People need to have hope that the government will help them through this difficult time," he said.

Mr McKee said Greece in particular was struggling and that they found suicides rose there by 40% in 2011 compared to the previous year.

Last year, the country also reported an exponential rise in the number of HIV cases among drug users, due in part to addicts sharing contaminated syringes after needle exchange programmes were dropped.

"These are not diseases we would normally expect to see in Europe," said Willem de Jonge, general director of Médecins Sans Frontières in Greece.

In 2011, MSF helped Greece tackle a malaria outbreak that broke out after authorities scrapped spraying programmes to kill mosquitoes.

"There's a strong willingness in the government to respond (to health problems) but the problem is a lack of resources," Mr de Jonge said.

Hans Kluge of the World Health Organisation's European office has advised countries against radical health reforms during an economic crisis.

"In every health system, there is fat to cut," he said, recommending countries start with straightforward measures, such as buying more generic drugs or eliminating unnecessary hospital beds.

Still, Mr McKee and colleagues found not all countries mired in debt are unhealthy.

Elsewhere, the researchers noted a drop in road accidents as more drivers opted for public transport.

In turn, that has led to a shortage of organ donations and transplants, particularly in Spain and Ireland. 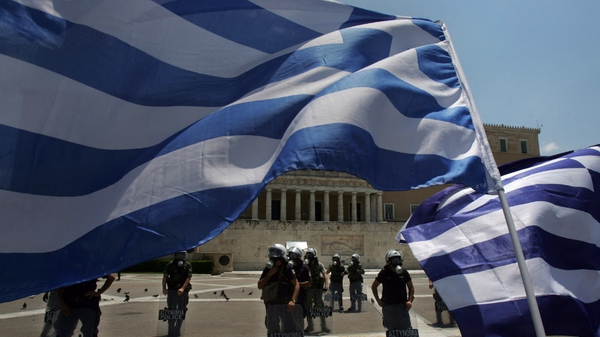