The Garda Representative Association has announced it will not be inviting Minister for Justice Alan Shatter to address its annual conference next month.

It is the first time any garda association has not invited the minister to its annual delegate conference.

The GRA did not invite Michael McDowell when he was minister to speak at its conference, but he was invited to the event.

The association said it was not prepared to extend an invitation to Minister Shatter as it had already voted no confidence in him.

Earlier, Minister Shatter sanctioned disciplinary action be taken against four garda sergeants, who twice walked out of their association's annual conference this week.

On RTÉ's Drivetime, the minister said he would not comment on the disciplinary proceedings, but said he did not think the passing of no confidence motions was appropriate for members of a disciplined force.

The four garda sergeants staged walkouts before the minister's address and Garda Commissioner Martin Callinan's address to the meeting of the Association of Garda Sergeants and Inspectors in Sligo.

They also said they had no confidence in Commissioner Callinan, who was infuriated by the comments.

The delegates, who were representing sergeants and inspectors in Kilkenny and Carlow, said they were mandated to do so by their members.

The four are due to appear before an assistant commissioner at the Garda College in Templemore tomorrow and a disciplinary board is expected to be set up.

They could face a range of sanctions including fines, suspension and a reduction in rank.

AGSI General Secretary John Redmond has described the threat of sanctions against the delegates as outrageous.

He said they were mandated to act in the way that they did and had no option but to reflect the views of the sergeants and inspectors they represent.

Mr Redmond also said that the association has legal teams and would defend the four men as it would any members caught in a legal situation.

He said it was not a positive step and would not endear them to the commissioner or senior garda management if they "prodded the hornets' nest".

Commissioner Callinan has said the incidents should not have happened.

He said that showing disrespect to the minister for justice and the commissioner of the day was not on.

The AGSI held a closed session in conference this morning.

The Garda Commissioner also strongly criticised comments made at the AGSI conference in relation to the murder of Detective Garda Adrian Donohoe.

Det Garda Donohoe was shot dead outside a credit union in Lordship in Co Louth in January.

Commissioner Callinan said that anyone equipped with the salient facts about the murder would quickly realise an Uzi submachine gun would not have made the slightest bit of difference.

He described the comments as inappropriate, particularly since the detective's family and colleagues were still grieving his loss.

Inspector Walter Kilcullen yesterday claimed that Det Garda Donohoe might still be alive if the Uzi submachine gun had not been withdrawn.

Separately, Commissioner Callinan said he was considering turning the Regional Support Units into permanently armed units, as there was a constant need for full-time armed gardaí in larger districts, such as Limerick.

He also warned the AGSI and the GRA not to send out circulars telling members not to report for duty, as it was the role of senior officers, not the representative associations, to direct gardaí.

Elsewhere, members of the Garda Representative Association will protest outside the Department of the Taoiseach today about proposed pay cuts. 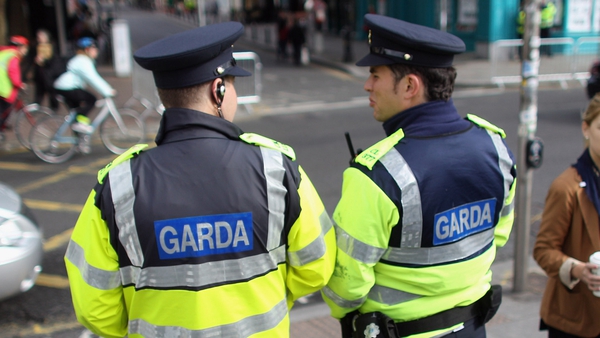 Commissioner tells conference gardaí are not immune from cuts