A huge crowd gathered on St Peter's Square in Rome this morning to see Pope Francis celebrate his inaugural mass.

The hallmark simplicity of Francis, the first Jesuit pope, has fuelled hopes for change and renewal in a Church beset by a deep global crisis.

The mass formally installed Pope Francis as the new leader of the world's 1.2 billion Catholics.

Pope Francis issued a strong appeal for the protection of the environment and the defence of the weakest members of society, urging the world to shun "the omens of destruction and death".

"It means respecting each of God's creatures and respecting the environment in which we live.

"It means protecting people, showing loving concern for each and every person, especially children, the elderly, those in need, who are often the last we think about," he said in the homily.

A spokesman said Mr Higgins spoke in Spanish, saying: "I want to wish you every success in your vision for the Church. My wish for you is the best of health in your mission on behalf of all humanity."

Pope Francis told President Higgins in English that: "I send my greetings to the people of Ireland, and I ask them for their prayers."

The President concluded the greeting in Irish wishing Francis success in the Pontificate "and its advocacy on behalf of the poor of our vulnerable planet".

Francis, the former Cardinal Jorge Bergoglio of Argentina, took his name in honour of St Francis of Assisi, a symbol of poverty, charity and love of nature.

Addressing an estimated 200,000 people and many foreign leaders gathered in St Peter's Square this morning, the Pope underlined his message that the Church's mission was to defend the poor and disadvantaged.

Six sovereigns, US Vice President Joe Biden and other leaders as well as heads of many other faiths were among the 130 delegations on the steps of the famous basilica.

As well as President Higgins being in attendance, Minister for Finance Michael Noonan represented the Government at the event.

As well as over 30 heads of Christian churches, there were 16 representatives of Jewish organisations at this morning's mass.

The Ecumenical Patriarch Bartholomew from Istanbul attended, making it the first time the spiritual head of Orthodox Christians attended a Roman Pope's inaugural mass since the Great Schism between western and eastern Christianity in 1054.

The Vatican said the mass was rich in the symbolism that links Pope Francis to the first pope.

Before the mass, Francis collected his newly minted gold ring and pallium, a liturgical woollen band worn around the neck, that had been placed overnight on the tomb of St Peter under the basilica's altar.

Francis stopped frequently to greet those in the sprawling square.

For the mass he wore plain white vestments, trimmed with gold and brown, and black shoes.

The ceremony was shortened to two hours after a three-hour service in 2005 when Benedict began his papacy.

Pope Francis has already set out some clear themes of his pontificate.

They include a return to simplicity and humility and to the need for the church to minister to the poor.

His informality and sense of humour have also struck a chord with keen Vatican observers.

Pope Francis has aroused enormous enthusiasm and interest in the Catholic world.

In the six days since his election, he has referred to himself only as Bishop of Rome, the position from which his authority flows.

He has hinted he plans to reduce Vatican centralism and govern in consultation with other bishops.

Francis was receiving the visiting political leaders in the basilica after the mass.

Cardinal Seán Brady has asked Catholics to join him in praying every success for Pope Francis as he faces into the many challenges of his ministry.

The Archbishop of Armagh and Primate of All Ireland was among the many con-celebrants at the Argentine Pope's inaugural mass in the Vatican this morning.

In a statement, he said the new Pope has often worried about the danger of "spiritual worldliness", meaning that one can be so obsessed about oneself that one has no interest or time for anyone else.

This in turn means that we can be so sure that we are alright that we do not need Jesus and can pass judgement on everyone else.

He urged people to take to heart the pontiff's request "protect with love all that God has given us!"

He added that the pope, during his first week in office, has advised that this can best be done by seeking to know Jesus Christ and to live one's life in His presence. 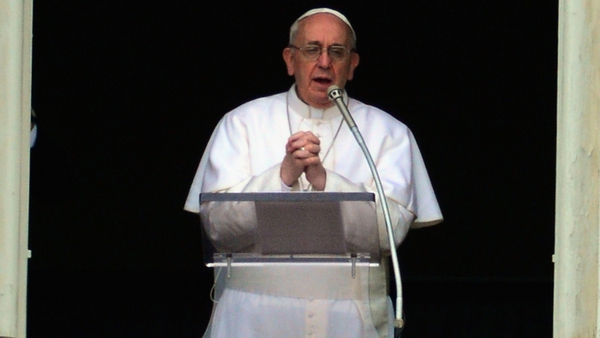