A South African cardinal has apologised for offending victims of child abuse after he described paedophilia as an illness and not a crime in a media interview.

Victims' rights groups and others said the comments by Cardinal Wilfrid Fox Napier were insensitive, especially given perceptions the Catholic Church has not done enough to root out abuse.

"I apologise sincerely and unreservedly to all who were offended by the botched interview, and especially to those who have been abused and need every help and support that the Church can give," Cardinal Napier said in a statement.

He had told BBC Radio 5 that paedophilia was a "disorder" that needed to be treated.

"From my experience, paedophilia is actually an illness. It's not a criminal condition, it's an illness," he had said.

The Catholic Archbishop of Durban was one of the 115 cardinals who took part in the Vatican conclave that elected Pope Francis.

He also told the BBC he knew of at least two priests who became paedophiles after they were abused as children and therefore required treatment, not punishment.

In his statement, he said: "Child sexual abuse is a heinous crime among other things because of the damage it does to the child. In that concern I include the abused who has become an abuser."

The Rape Crisis Network Ireland had said it found the original comments unhelpful.

Pope Francis has signalled a sharp change of style from his predecessor for the 1.2-billion-member Church, which is beset by scandals, intrigue and strife.

He said on Saturday the church should be poor and remember that its mission is to serve the poor. 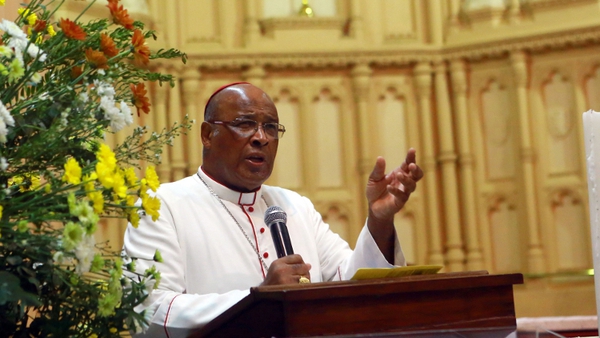