Support for the Labour Party has dipped below 10%, according to the latest opinion poll.

The Millward Brown poll for tomorrow's Sunday Independent also found that just one voter in five is satisfied with the Government's performance.

The poll of 985 voters was conducted over ten days finishing last Thursday.

It will be published just two weeks since its last poll for the Sunday Independent.

While the slide in Labour support continues - the party is down two to just 9%.

Fianna Fáil is back in the lead, up six points to 29%; while Sinn Féin drops one to 20%; and Independents and others are down four points in two weeks to 17%

Just 20% - one in five - say they are satisfied with the way the Government is running the country; 74% are dissatisfied.

Among the party leaders, 26% are satisfied with the performance of the Fine Gael Taoiseach, 17% with the Labour Tánaiste, 36% with Fianna Fáil's Micheál Martin, and 28% with Gerry Adams of Sinn Féin. 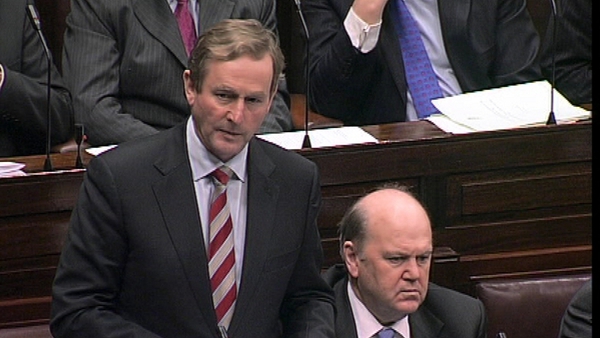