The Cypriot president has said he had to agree to the controversial EU-IMF bailout terms, as the only alternative was the country going bankrupt.

A rate of 6.7% will apply to deposits below that figure.

President Nicos Anastasiades - who only took office last month - said the levy on all bank depositors was a painful decision he had to make in order to obtain financial aid.

In a statement tonight, he said any refusal to agree to terms would have led to the collapse of the country's two largest banks.

The island nation would go bankrupt because of a €30bn liability the exchequer could not pay, he added.

Mr Anastasiades said: "We would either choose the catastrophic scenario of disorderly bankruptcy or the scenario of a painful but controlled management of the crisis,"

The bailout has proved very unpopular with thousands of Cypriots who converged on automatic teller machines to withdraw cash, leaving many inoperative by mid-afternoon.

Co-operative credit societies, normally open for business on Saturdays, were forced to close to prevent a run on deposits.

The levy comes into force on Tuesday, with parliament due to debate the deal tomorrow.

The terms of the bailout were agreed last night by Eurozone finance ministers meeting in Brussels.

The levy on depositors represents a departure from previous bailouts for Ireland, Greece, Portugal and Spain.

Under the deal, Cyprus will cut its deficit, shrink its banking sector, raise taxes and privatise state assets.

Meanwhile, European finance ministers have agreed to extend the maturities on part of Ireland and Portugal's bailout loans.

Minister for Finance Michael Noonan has said that this will further enhance Ireland's debt sustainability.

He said the Cyprus deal will not have implications for any other country.

Head of parliament's financial affairs committee Nicholas Papadopoulos said the decision was "much worse than what we expected."

Of an estimated €69bn in the Cypriot banking system, 37% is held by non-residents, many of whom are Russian investors.

Cyprus becomes the fifth country after Greece, Ireland, Portugal and Spain to turn to the Eurozone for financial help in the wake of the region's debt crisis.

Without a rescue, Cyprus would default and threaten to unravel investor confidence in the Eurozone that has been fostered by the European Central Bank's promise last year to do whatever it takes to shore up the currency bloc.

Moscow, which has close ties with Nicosia, is likely to help by extending a €2.5bn loan already made to Cyprus by five years to 2021 and reducing the interest rate.

Cyprus' Finance Minister Michalis Sarris will travel to Moscow for meetings on Monday to try to pin down the new loan terms.

Cyprus originally estimated it needed about €17bn, almost the size of its entire annual output, to restore its economy to health.

But because a loan of that magnitude would increase its debt to unsustainably high levels and call into question its ability ever to pay it back, policymakers sought to reduce it by finding more revenue sources in Cyprus itself. 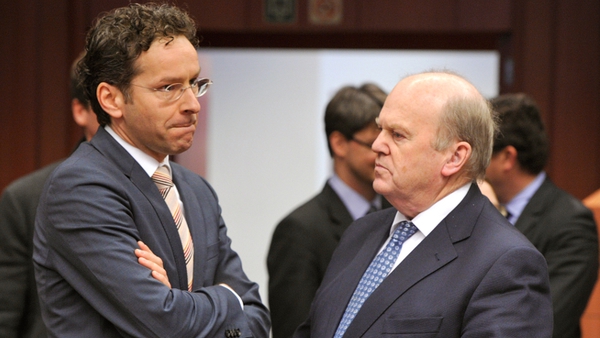