The President of the European Commission, Jose Manuel Barroso, has described talks with EU leaders in Brussels on creating economic growth and jobs as “the most business-like discussion" in a long time.

He was speaking after a meeting of the leaders of the 27 member states, including the Taoiseach, Enda Kenny.

The leaders of the 17 eurozone countries are currently meeting.

President of the European Council, Herman Van Rompuy called on the European Parliament to quickly conclude talks on the European Union's seven-year budget saying unemployment was at an unacceptable level and the EU must act.

At a media conference, Mr Barroso said job creation had to be addressed.

"The burden of many of our citizens, especially in programme countries, is becoming unbearable.”

Earlier, Taoiseach Enda Kenny has said the impact of whatever measures adopted at the EU leaders' summit in Brussels have to be about creating jobs and “getting people back to work”.

Mr Kenny said: "No European leader can be happy that 26 million people are out of work."

"Irrespective of what language you put on it, it [the summit] has to be about generating growth... and people having employment."

In attempting to boost growth, Mr Kenny said he and his EU colleagues needed to look at measures such as better use of the single market, EU-wide recognition of professional qualifications and quickly using the EU budget to address youth unemployment.

Germany and Nordic countries argue that reducing government deficits must remain the priority, while others, such as France, say stimulus measures are required to drive recovery.

Mr Kenny has said he cannot comment on reports that losses may be imposed on senior bondholders as part of a bailout for Cyprus due to concerns from the European Central Bank, despite Ireland being prevented from doing so.

He said: "I do hope that, by tomorrow, we can negotiate and find a solution. But what we are looking for is not a privilege, but fair treatment."

It was reported that forcing Cypriot bank bondholders to take a writedown on their debt is under active consideration.

Mr Kenny said: "I'm not going to comment in advance of the eurogroup meeting on this. Clearly there are a number of considerations to be taken into account in the case of Cyprus.

"I spoke to Mr Anastasiades ... and obviously they will have a full discussion on it at the Eurogroup [meeting] tomorrow."

If losses were to be imposed on Cypriot bondholders, it would mark a significant shift in approach by eurozone countries, possibly because they do not believe such an action would cause contagion.

Meanwhile, talks between Greece and its international creditors over the release of its next tranche of bailout funds have been suspended for two weeks.

Officials from the Troika flew out of Athens today having failed to reach a deal with the Greek government on further reforms.

The two sides remain at odds over the speed of state job cuts and plans to address mounting tax payment arrears.

Despite the apparent impasse in the discussions, Greek Finance Minister Yannis Stournaras has insisted that the two sides are edging towards a deal and that Greece's next loan tranche of €2.8bn, due this month, is not in danger. 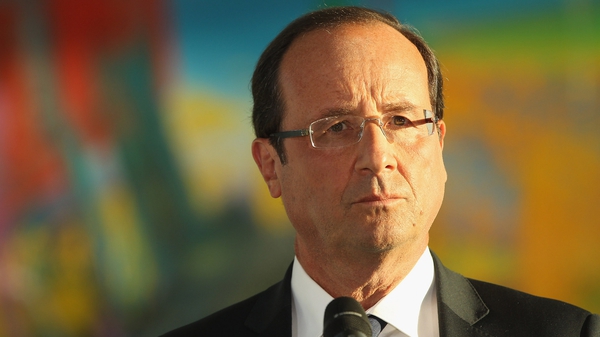