European Agriculture Commissioner Dacian Ciolos has said he is willing to discuss less ambitious proposals to redistribute direct payments to farmers than he originally favoured.

Speaking in Dublin at a European Young Farmer Conference hosted by Macra na Feirme, Commissioner Ciolos said that there must however be strong targets set to ensure farmers on the lowest level of direct payment get more.

Proposals to change the system of direct payments are currently being finalised by the Irish presidency, along with the agriculture ministers from the 27 EU member states.

Commissioner Ciolos had wanted to move to a flat rate, area-based payment for all farmers rather than the current system of paying farmers based on their levels of production in the years 2000 to 2002.

Ireland’s main farming organisations have expressed anger and alarm that the most productive farmers will face huge cuts in their payments under the proposals.

The Irish Farmers’ Association has mounted a number of protests to highlight its concerns.

Speaking at the same event, Minister for Agriculture Simon Coveney said he is pursuing a redistribution where high earners will lose some and low earners will gain significantly, but with everyone getting fair treatment and everyone continuing in business.

Around 1,000 farmers took part in an IFA picket outside the minister's constituency office in Carrigaline, Co Cork, on Saturday to protest at the reform proposals. 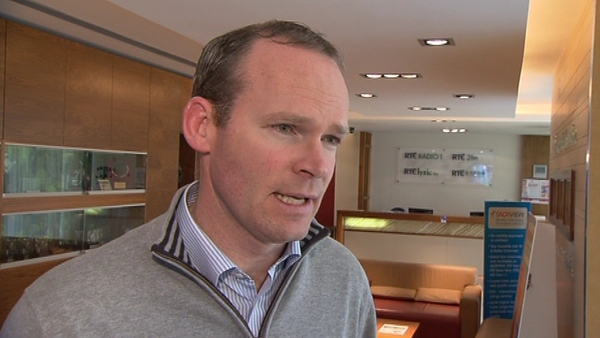