The Garda Representative Association has accused the Government and trade unions of excluding them from the Croke Park pay talks.

Premium payments for working nights and weekends are being cut across the public sector but prison officers and firefighters are being allowed to retain them as savings are found elsewhere.

SIPTU's Patricia King who represents the majority of firefighters said this showed the effectiveness in remaining in talks and influencing the outcome.

She said she did not understand why other unions had decided to stay outside the talks process.

The GRA issued a stinging riposte, accusing the Government and trade unions of excluding them from the talks.

It said its representatives had never been in the same room as trade unions, and were precluded from participating in pay talks since the foundation of the State.

The GRA accused both the Government and trade unions of being disingenous for suggesting otherwise, describing their members as betrayed, angry and disillusioned.

On RTÉ's Six One News, the Deputy General Secretary of IMPACT, Kevin Callinan, said the gardaí had not been excluded from the talks and other unions who hadn't walked out had negotiated on behalf of their members,

Earlier, details emerged of Government incentives to encourage public service workers to accept the new Croke Park deal, which would see significant cuts in earnings and a longer working week.

The Department of Public Expenditure and Reform has told unions that staff who retire before the end of August 2014 will have their pension entitlements calculated on their pre-pay cut salary.

Firefighters will be allowed to retain what is called "the totality of their pay structure" because of savings generated in the fire service.

Over the next six weeks, unions will be balloting members on the proposals.

IMPACT and the Public Service Executive Union have recommended acceptance, but five unions including the Irish Nurses and Midwives Organisation are urging rejection.

The Irish National Teachers Organisation has decided not to issue any recommendation for or against the Croke Park proposals ahead of a ballot of its 32,000 members.

The decision was taken at a meeting of the INTO executive in Derry today.

In a statement, General Secretary Sheila Nunan said that the leadership believed the outcome was the best available through negotiation.

SIPTU and the Irish Medical Organisation will announce their view next week.

The proposals in the deal are aimed at reducing the public sector pay bill by an additional €1 billion over the next three years.

The new agreement includes pay cuts for top earners, additional hours for no extra pay, and reductions in allowances and premium payments.

However, some of the 290,000 public servants may have their vote swayed by additional sweeteners.

But a leader of one of the unions representing firefighters has said his members do not want to be used to "divide or conquer" other frontline colleagues.

Speaking on RTÉ’s News at One, Irish Fire and Emergency Services Association Chairman John Kidd said his personal view was that members should continue to support their garda and nursing colleagues.

However, he said it was up to the "collective" to vote on the deal and that there would be no deal until they got clarity from Government.

Public servants who may not be adversely affected by the new Croke Park deal have been urged not to negatively alter the conditions of others.

Deputy General Secretary of the Irish Nurses and Midwives Organisation David Hughes said the deal is manifestly unfair and should be rejected.

Speaking on RTÉ’s Morning Ireland, Mr Hughes said the deal was anti-women because it will roll back on two decades of good progress on family-friendly work place initiatives.

The INMO has called on its members to reject the new agreement.

However, Head of Communications at IMPACT Bernard Harbor said unions had negotiated the fairest deal in the circumstances.

Speaking on the same programme, he said: "Management came to us and said they were looking at every area of the public service pay bill and that nothing would be exempt."

"But if you look at the entire package we believe we have agreed a high degree of equity in the outcome of the negotiation."

Meanwhile, Minister for Health James Reilly is to seek pay cuts for highly paid contractors working in his department, as well as other groups including pharmacists, dentists and general practitioners.

The Irish Times today reported that staff working in the special delivery unit established by the minister would be exempt from public service pay cuts outlined in the Croke Park proposals.

In a statement this afternoon, the Department of Health confirmed that the report was factual.

However, it said Mr Reilly has indicated that all people working in the health service, whether full-time employees or contractors, "must share the burden". 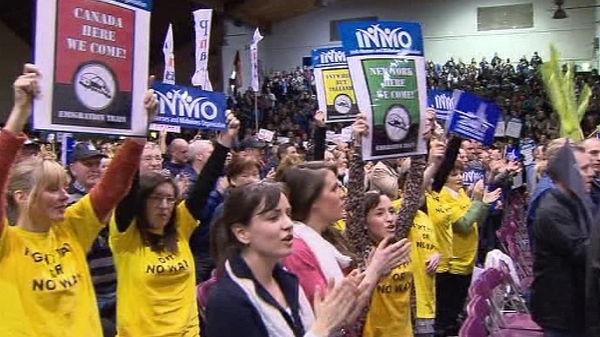