President Michael D Higgins received a lengthy standing ovation after delivering an address to the UNESCO headquarters in Paris this morning.

In his wide-ranging speech, Mr Higgins called for renewed dialogue between the west and moderate Islam, as the world could not afford to allow extremists to imperil peace.

He warned that failure to do so meant "you leave yourself open to exposure to the abuse of faith systems" and you end-up "reacting not understanding".

Mr Higgins spoke of his shock at the violence in Mali and "the deliberate targeting of culture and cultural heritage as a weapon of war".

The President spoke forcefully about the spectre of high youth unemployment in Europe and suggested the EU was in danger of losing its legitimacy as a result.

He said French President Francois Hollande recognised the "far-reaching consequences" of this situation.

He said: "We all must come to accept that the cultural space is wider than the economic stance."

The President received a rapturous reception and lengthy standing ovation from the delegates of the 195 member states.

UNESCO Director of Services Dr Jennifer Pearson said usually delegates listen with attention, but this time it was with a passion.

She said: "I have never seen a reaction like the reaction this morning."

It is understood the representative from Saudi Arabia has offered to translate the President's speech into the five official UN languages. 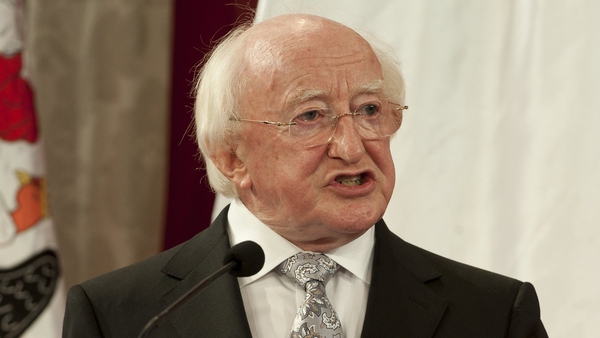