The Food Safety Authority of Ireland has said it is confident in its meat testing and that attempts to undermine the work of its laboratories was disingenuous, dishonest and untruthful.

The comments come after supermarket chain Iceland appeared to cast doubt on the reliability of the FSAI's meat test results.

The authority found horse DNA in Iceland burgers, but the chain subsequently passed checks in Britain, which only show positive at more than 1% horse DNA trace.

Iceland has said that it has great respect for the food standards authorities in Ireland and the UK.

It said that 0.1% is not acceptable either to us or our customers, though it is only one tenth of the level set by the UK FSA as the cut-off for reporting purposes.

Speaking on RTÉ's Morning Ireland, Professor Alan Reilly of the FSAI dismissed Iceland's claims that the tests were carried out in unaccredited labs.

He said that was totally unprofessional of Iceland, factually incorrect and part of what he called a "smear campaign".

Professor Reilly said the authority bases all risk management decisions on the best science available and that its study brought to light a pan-European fraud that is escalating by the day.

He said it looks like the scandal has nearly gone global with Nestle's announcement that they have withdrawn products manufactured in Germany and exported to Italy and Spain.

Professor Reilly said those products were manufactured by a subcontractor of JBS Toledo, which is the biggest beef manufacturer in the world.

"When we set out with our small survey back in November of last year, we had no idea where we were going with this, but we certainly have uncovered a fraud here of massive scale," he added.

Earlier, Nestle said it had removed beef pasta meals from shelves in Italy and Spain after tests revealed traces of horse DNA above 1%.

The Swiss-based firm has also halted deliveries of products containing meat from a German supplier.

The controversy over mislabelled beef products has affected at least 12 European countries.

Retailer Lidl said yesterday it had withdrawn products from its stores in Finland and Sweden after finding traces of horse meat.

Minister for Agriculture Simon Coveney is to brief the Cabinet today on the latest developments in the investigations. 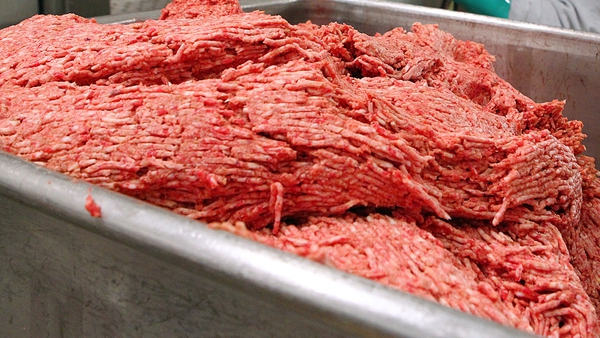