Thousands of Russian emergency workers have begun a clean-up operation after a meteor exploded over the Ural mountains.

Divers searched a lake near the city of Chelyabinsk, where a hole several metres wide had opened in the ice, but had so far failed to find any large fragments, officials said.

Residents of Chelyabinsk, an industrial city 1,500km east of Moscow, heard an explosion, saw a bright light and then felt a shockwave that blew out windows and damaged the wall and roof of a zinc plant.

The fireball, travelling at a speed of 30km per second according to Russian space agency Roscosmos, blazed across the horizon, leaving a long white trail visible as far as 200km away.

NASA estimated the object was 17m across before entering Earth's atmosphere and weighed about 10,000 tonnes.

It exploded kilometres above Earth, releasing nearly 500 kilotons of energy, which is about 30 times the size of the nuclear bomb dropped on the Japanese city of Hiroshima in World War II, NASA said.

"We would expect an event of this magnitude to occur once every 100 years on average," said Paul Chodas of NASA's Near-Earth Object Program Office at the Jet Propulsion Laboratory in Pasadena, California.

"When you have a fireball of this size we would expect a large number of meteorites to reach the surface and in this case there were probably some large ones."

Search teams said they had found small objects up to about 1cm wide that might be fragments of a meteorite, but no larger pieces.

Life in the city has largely returned to normal, although 50 people were still in hospital.

Repair work had to be done quickly because of the freezing temperatures, which sank close to -20C at night.

Emergencies Minister Vladimir Puchkov inspected the damage after President Vladimir Putin sent him to the region.

His ministry is under pressure to clean up fast following criticism over the failure to issue warnings in time before fatal flooding in southern Russia last summer and over its handling of forest fires in 2010.

Mr Putin will also want to avoid a repeat of the criticism that he faced over his slow reaction. 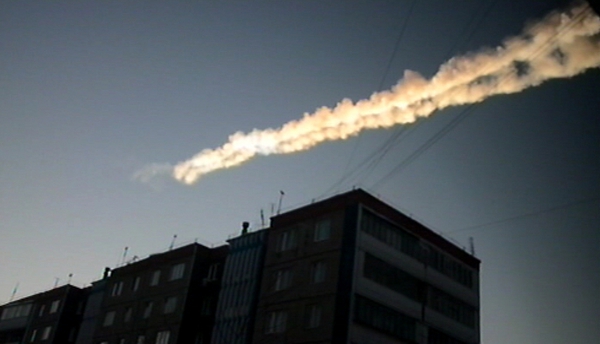 UP to 1,000 injured during meteor shower in Russia News