The International Committee of the Red Cross (ICRC) has described the humanitarian situation in Syria as "catastrophic".

It has stepped up aid operations across the shifting frontlines to bring food and medical assistance to civilians in rebel-held areas.

An ICRC official said it was working with both sides in the conflict to ensure access to hotspots in the war-torn country.

ICRC aid workers reached opposition-held Houla in Homs province for the second time in two weeks on Thursday, delivering medical supplies with government consent after being shut out for three months.

ICRC director of operations Pierre Kraehenbuehl said the agency must "build on our increasing presence in the most delicate regions including those under opposition control".

He said: "Our priority areas are Idlib and Aleppo in the north, where it is very unstable and fluid. Also the circle around Homs and Hama."

Nearly 70,000 people have been killed in 22 months of conflict between Syrian government forces and rebels fighting to topple President Bashar al-Assad, according to a United Nations estimate.

Around 2.5 million people have fled their homes, many staying in squalid public shelters within the shattered country.

Mr Kraehenbuehl said: "The situation for the population has reached a stage that is from our perspective nothing short of catastrophic.

"Every single day civilians are killed and injured, millions have been displaced, thousands have gone missing or been arrested."

A senior US official said last week that Mr Assad may have allowed humanitarian aid into previously inaccessible rebel-held parts of Syria to try to win the loyalty of the residents.

The UN refugee agency reached the rebel-held zone of Azaz, north of Aleppo near the Turkish border, two weeks ago.

Mr Kraehenbuehl said that the ICRC's return trip to Houla this week illustrated the risks, as they were forced to turn back to Damascus when the road to Homs was "cut in half by fighting".

"Syria is not a case where you can map out very easily the frontline, and say it is here, and this group is there. It's very fluid. A village may be held one day by one group and it shifts to another the next day," he said.

There has been no let up in attacks on medical facilities and healthcare workers by both sides, violations of international law that the ICRC has condemned, he said.

"There are widespread reports of patients arrested inside hospitals, reprisals against doctors and nurses, and the targeting and misuse of ambulances," Mr Kraehenbuehl said.

Referring to a hospital in Aleppo, he said: "We have been recently informed of an incident in the north of Syria in which wounded people were said to have been arrested inside a hospital, and several medical staff in that hospital were later killed because they were suspected of having been informers that led to the arrest of patients."

The ICRC also called on the Syrian government yesterday to allow it to resume visits to prisoners held in detention centres to monitor their treatment.

The programme has been stalled since last May after just two visits to central prisons in Damascus and Aleppo.

Mr Kraehenbuehl said he had raised the issue with Syrian Vice Minister for Foreign Affairs Hossam Alaaeddine in Damascus, reminding him of President Assad's pledge to ICRC President Peter Maurer during a visit last September to allow the visits to continue.

"We are going to continue to push very hard because it is an issue that is very central ... And we are known to be an organisation that doesn't take 'no' for an answer very easily." 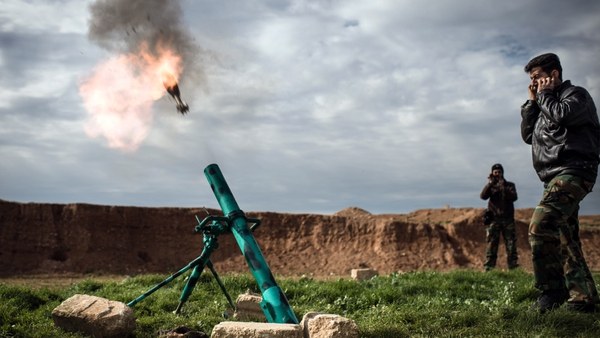