Minister for Agriculture Simon Coveney has said that Irish meat processors will be asked to carry out DNA testing on their products.

Mr Coveney said they would also be asked to work alongside the Food Safety Authority of Ireland in developing a testing system.

He said he considered the move necessary to provide further reassurance to consumers.

Meanwhile, Tesco has said that horse DNA has been found in its Everyday Value Spaghetti Bolognese product that was withdrawn from sale last week.

The company confirmed this evening that three of the samples it tested had levels of horse DNA of over 60%.

It said it carried out further tests to ascertain levels of the veterinary drug Phenylbutazone, or "bute", but these proved negative.

Animals treated with "bute" are not allowed to enter the food chain.

Tesco said: "Of the positive results, most are at a trace level of less than 1%, but three showed significant levels of horse DNA, exceeding 60%.

"We have carried out further tests to ensure that there is no danger to health through the presence of potentially harmful bute. The test for bute was clear."

Tesco said it withdrew the product from sale because it came from the same supplier, Comigel, who supplied the Findus products that contained horsemeat.

As a result of the positve tests, Tesco will end its contract with the French food company.

It said: "The frozen Everyday Value Spaghetti Bolognese should contain only Irish beef from our approved suppliers. The source of the horse meat is still under investigation by the relevant authorities.

"The level of contamination suggests that Comigel was not following the appropriate production process for our Tesco product and we will not take food from their facility again."

Tesco apologised to its customers and said it will continue with its DNA testing programme.

Elsewhere, Romanian Prime Minister Victor Ponta has said that any fraud over horse meat sold as beef had not happened in his country.

He said he was angered by suggestions it might have been.

French and British governments have vowed to punish those found responsible for allowing horse meat originating in Romania to be sold as beef.

An initial French investigation revealed that the horse meat ended up in Comigel's Luxembourg factory, supplied by a French firm, and that a Dutch and Cypriot trader had also been involved.

However, the meat originally came from a Romanian abattoir.

Authorities have reportedly investigated two unnamed abattoirs to check on their possible involvement. 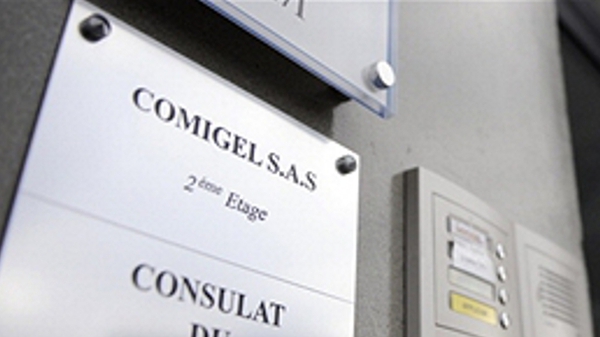