European Union leaders have reached agreement on the union's spending plans until the end of the decade after more than 24 hours of negotiation.

Mr Van Rompuy had chaired the meeting of the 27 EU leaders in Brussels.

The agreement, which fixes EU spending over the seven-year period from 2014-2020, set a ceiling of €960bn for appropriations.

That figure is much less than the €1.03 trillion that the EU Commission had originally proposed.

It is the first decrease in a budget in the union's history.

The two-day fight over what the EU pledged to spend on everything from infrastructure to development aid laid bare divisions over what the role of the union should be.

The deal will now go to the European Parliament for final approval, a process that could take several months.

Minister of State Lucinda Creighton had earlier told RTÉ's Morning Edition that she expected a deal to be agreed by this afternoon.

However, a number of MEPs have said the budget is not acceptable.

Guy Verhofstadt, leader of the liberal ALDE grouping in parliament, told RTÉ News there would be "a big, big majority - near unanimity - to say no to the deal".

Meanwhile, the EU peace programme budget for Northern Ireland looks set to receive €150m between 2014 and 2020.

During the current seven-year budgetary cycle, the programme had a budget of €225m.

Last November, the European Commission proposed that the budget be eliminated entirely.

However, this was reversed due to lobbying by the Government, according to an EU source. 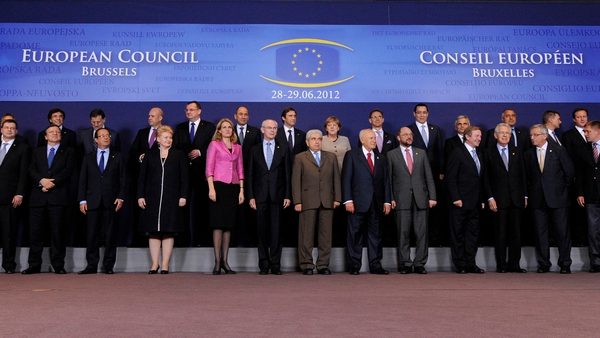