At least one protester was arrested for throwing a shoe at Iranian President Mahmoud Ahmadinejad during a visit to a mosque in Egypt's capital.

The shoe did not appear to hit Mr Ahmadinejad, but he was quickly moved on from the ancient at al-Hussein mosque in Cairo.

Security officials said the protester, who is believed to be Syrian, had been arrested by police.

Showing the sole of your shoe to someone in the Arab world is a sign of extreme disrespect and throwing your shoe is even worse.

Iraqis hit a statue of Saddam Hussein with their shoes after US marines toppled it to the ground following the 2003 invasion.

Former US president George W Bush famously had a shoe thrown at him during a news conference with Iraq's prime minister in Baghdad in December 2008.

Mr Ahmadinejad's visit to Cairo was the first by an Iranian leader in more than three decades. 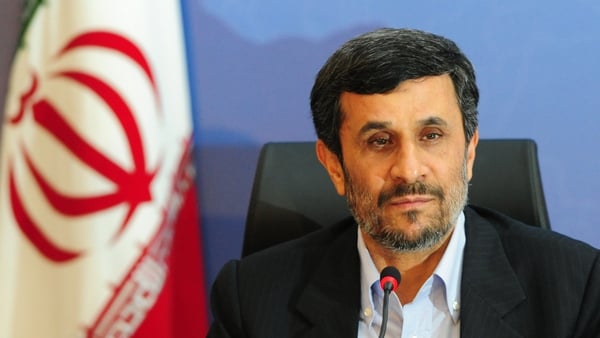