General Secretary of the Association of Garda Sergeants and Inspectors John Redmond has rejected a call to return to talks on extending the Croke Park Agreement.

He said that proposals, including cuts to his members’ pay and allowances were “disastrous”.

Last week, the AGSI walked out of the negotiations, saying it could not accept the level of payroll reductions being sought.

Minister for Justice Alan Shatter had called on both garda representative bodies to remain in the talks.

Mr Redmond said if Mr Shatter wanted the AGSI to return to the talks then the proposed cuts must be taken off the table.

He said his members had conceded enough already and were not willing to give any more.

Meanwhile, the Garda Representative Association has rejected Government proposals to reduce payroll costs that include a cut in garda wages.

The GRA said it had not pulled out of the talks because it never engaged in Croke Park talks in the first place.

The association insisted that any contacts that have taken place to date with the management side, merely involved briefings and not negotiations.

However, following a day-long meeting, it said it will examine any revised proposals and cost-saving measures that do not impact on pay or hours worked.

He said if Mr Shatter wanted the AGSI to return to the talks then the proposed cuts must be taken off the table.

Mr Redmond said his members had conceded enough already and were not willing to give any more.

Mr Shatter this afternoon declined to comment on the possibility of industrial action or another "blue flu" by gardaí.

On the reported threats of a "blue flu", Taoiseach Enda Kenny said he sincerely hoped An Garda Síochána recognised that the Government appreciated the fundamental role it plays in society.

The Government will not be found wanting in the provision of facilities for the gardaí to do their job, he added.

Garda Commissioner Martin Callinan said he has no knowledge of "blue flu" or work-to-rule by gardaí.

Commissioner Callinan said he would not support industrial action and declined to comment on the prospect of pay cuts or allowances.

Asked about yesterday's protest about the closure of Stepaside Garda Station and the prospect of a u-turn on the decision, Mr Shatter said it was regrettable that some public representatives were fuelling fears for their own electoral benefit.

He said he was not going to second-guess station closures that were based on a detailed analysis by the Garda Commissioner and that he was not relying on the opinions of retired members, or those who were opposed to change.

The closures would produce what he called enhanced policing - with an additional 61,000 patrol hours this year.

When people with an emergency rang 999, he said, the most important garda was not the garda in the station, but the one in the patrol car who could access their home and address the difficulty.

The minister said additional investment in upgrading the garda fleet would ensure more gardaí were available for frontline services.

He said it was untrue to suggest that a garda station open for three hours a day was a deterrent to crime - citing a robbery in Oldcastle last week, which had taken place with a garda station just two doors away.

Mr Shatter also denied that he made comments about station closures attributed to him by Labour Senator John Whelan in an article last Friday.

He said the Department of Justice had found absolutely no record of any lobbying by Senator Whelan on the issue of station closures.

He said the comments had been wrongly cited as a "quotation of the week", implying that he would make such a comment in a week when a brave member of the gardaí had died, and in a week when the stations actually closed.

He called on Senator Whelan to withdraw the allegations.

Mr Shatter said he was receiving regular briefings on the investigation into the killing of Detective Garda Adrian Donohoe, and that various leads were being followed.

He reiterated his determination that the individuals involved would be brought to justice. 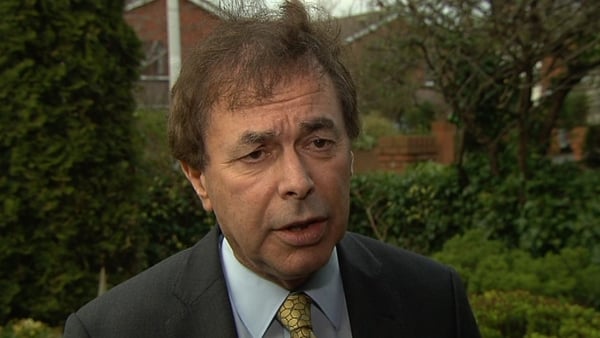