Tánaiste and Minister for Foreign Affairs Eamon Gilmore said the question of the Irish forces becoming involved in training the army of Mali is being considered by the Government.

He said he expected Minster for Defence Alan Shatter to bring specific proposals to Government.

Mr Gilmore was speaking before a meeting of EU foreign ministers in Brussels, which is considering sending EU forces to train the Mali's army.

However, he refused to negotiate with al-Qaeda-linked Islamist insurgents.

"Today, the only group that we could think of negotiating with is certainly the MNLA. But, of course, on condition that the MNLA drops any pretence to a territorial claim," Mr Traore told French radio RFI.

The Tuareg rebels started a rebellion in northern Mali last year that was quickly hijacked by Islamist radicals, who seized the northern two-thirds of the Sahel nation following a military coup in the capital Bamako.

A three-week ground and air offensive by French and Malian forces has broken the ten-month grip of the Islamist alliance, grouping Ansar Dine, MUJWA and al-Qaeda's North African wing AQIM, over the cities of northern Mali.

The MNLA said this week that it had taken control of Kidal, the last of the Islamist strongholds after the militants abandoned the town.

The Islamists instituted a strict form of sharia, imposing whippings and beatings for offences such as smoking or listening to music.

"For Ansar Dine, I think the only solution for them is to formally announce that they are rejecting the application of the sharia law," Mr Traore said.

Asked about the whereabouts Ansar Dine leader Iyad Ag Ghali, Mr Traore said he heard he had retreated into the Tirarar mountains near the Algerian border. 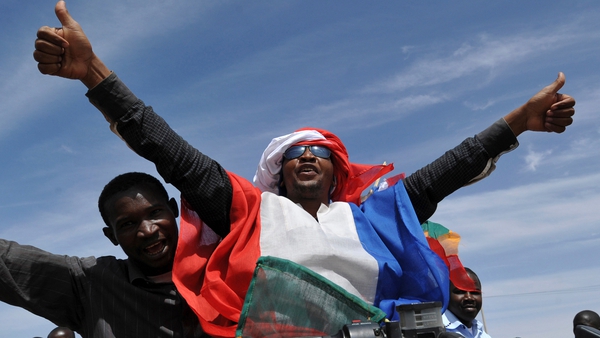