Silvercrest Foods has lost its contract with Tesco, Aldi and the Co-operative Group in the UK for the supply of frozen beef burgers, in the wake of the horse meat controversy.

Earlier this month, a Tesco burger made by the Monaghan-based company was shown to contain 29% horse meat.

Investigations showed the contamination originated in ingredients imported from Poland.

Tesco said today's decision relates only to frozen burgers and that it will continue to purchase fresh Irish beef worth more than €100m a year from other ABP companies.

The company said Silvercrest used meat in products that did not come from the list of approved suppliers it gave them.

It also said the meat did not come from the UK or Ireland, despite the instruction that only beef from those areas should be used in frozen beef burgers.

Tesco said the "breach of trust" was too great and it is now introducing a comprehensive system of DNA testing across its meat products.

It said: "These checks will set a new standard. It will be a significant investment for Tesco, borne by Tesco.

"We want to leave customers in no doubt that we will do whatever it takes to ensure the quality of their food and that the food they buy is exactly what the label says it is."

A Tesco source told RTÉ News the contract with Silvercrest was worth €15m annually and it will now seek another Irish supplier to supply Tesco-branded frozen burgers.

Aldi said in a similar statement that it had ended its contract "due to a serious breach of contract by Silvercrest in relation to the agreed product specification".

The UK's fifth largest food retailer, the Co-operative Group, commissioned its own tests for horse DNA in two lines of its burgers supplied by Silvercrest.

The group has announced that one of the 17 burgers tested was found to contain 17.7% horse meat.

Small traces of horse DNA - less than 1% - were found in three others, while the rest came back negative.

As a precaution, the group had already removed Silvercrest supplied burgers from their shelves on 16 January.

In response to the latest results of their own DNA tests, the group has terminated its contract with the supplier.

In a statement, the Co-operative Group said it specifies that all meat in its frozen burgers should be 100% British.

It said: "We now strongly believe that some of the meat used to produce these burgers came from outside the UK and was not British in origin, and as a result we have taken the decision to delist Silvercrest as a supplier with immediate effect.

"In addition, we are tightening our already stringent quality checks to ensure our products meet the high specifications that we set on behalf of our customers."

A spokesperson for the Co-Operative Group said the company does not know when the burgers that they independently tested for horse DNA were manufactured by Silvercrest Foods.

Today's developments are another blow for Silvercrest Foods, which is the largest employer in the Ballybay area.

Last week, the company also lost its contract to supply the Burger King chain with beef burgers, a contract reportedly worth €30m. 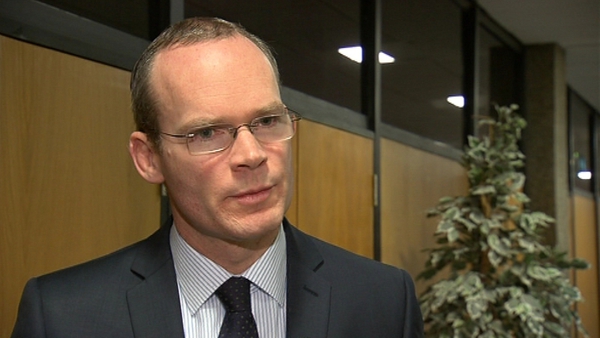