The Health and Safety Authority is to interview staff and customers at a Longford DIY store as part of an investigation into the death of two men.

They have been named locally as Sean Mulleady, 47, from Drumlish and Paddy Gaffney from Cloonshannagh, who was in his mi- 60s.

The HSA has commenced an investigation into how the concrete block internal wall came down in a matter of seconds.

Last night, a woman who was in the store and witnessed the accident told RTÉ News she had been first alerted by the sound of heavy gusts of wind entering the building from large open doors at the back before she saw the wall shaking and then collapsing.

Elizabeth Fallon and her son, Bernard, said they ran from the counter as the wall began to fall.

A third person, who was working in the store at the time, remains in hospital after being seriously injured. 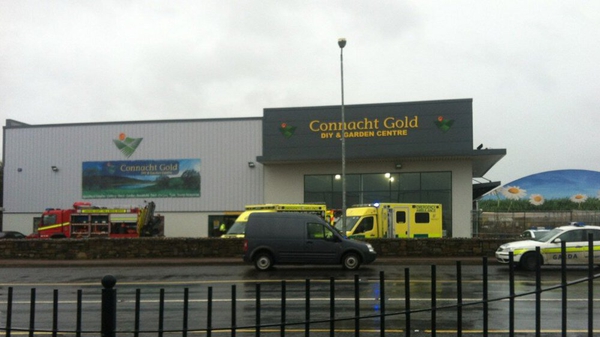