Egyptian police have fired tear gas at protesters in a fifth day of unrest in which 50 people have been killed.

The army has already been deployed in two of those cities and ministers agreed a measure to let soldiers arrest civilians.

Anti-Mursi protesters were out on the streets in Cairo and elsewhere, the second anniversary of one of the bloodiest days in the revolution, which began on 25 January 2011.

A 46-year-old bystander was killed by a gunshot earlier, a security source said. It was not clear who fired.

Mr Mursi's opponents accuse him of hijacking the revolution and of listening only to his Islamist allies.

The political unrest has been exacerbated by street violence linked to death penalties imposed on football supporters convicted of involvement in stadium rioting in Port Said a year ago. 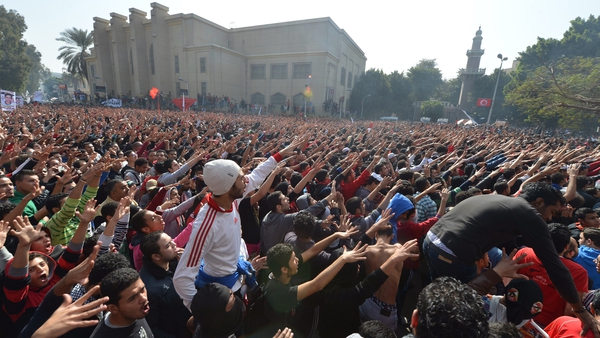