At least 30 people have been killed after Egyptians rampaged in protest at the sentencing of 21 people to death over a soccer stadium disaster, compounding a political crisis facing Islamist President Mohammed Mursi.

Military police fanned through the streets of Port Said, where gunshots rang out and protesters burned tyres in anger that people from their city had been blamed for the deaths.

The rioting in Port Said, one of the most deadly spasms of violence since Hosni Mubarak was ousted, followed a day of demonstrations where nine people were killed.

The toll over the past two days stands at 39.

The flare-ups make it even tougher for Mr Mursi, who drew fire last year for expanding his powers and pushing through an Islamist-tinged constitution, to fix the creaking economy and to cool tempers enough to ensure a smooth parliamentary election.

That vote is expected in the next few months and is meant to cement a democratic transition that has been blighted from the outset by political rows and street clashes.

The National Defence Council, led by Mr Mursi and which includes the defence minister who commands the army, called for "a broad national dialogue that would be attended by independent national characters" to discuss political differences and ensure a "fair and transparent" parliamentary poll.

The statement was made on state television by Information Minister Salah Abdel Maqsoud, who is also on the council.

The National Salvation Front of liberal-minded groups and other opponents cautiously welcomed the call but demanded any such dialogue have a clear agenda and guarantees that any deal would be implemented, said spokesman Khaled Dawoud.

The Front earlier threatened an election boycott and to call for more protests if demands were not met.

The political statements followed clashes in Port Said that erupted after a judge issued a verdict sentencing 21 men to die for involvement in the deaths of 74 people after a local soccer match on 1 February 2012, many of them fans of the visiting team.

Visiting fans had threatened violence if the court had not meted out the death penalty.

They cheered outside their Cairo club when the verdict was announced however in Port Said residents were furious that people from their city were held responsible.

Protesters ran wildly through the streets of Mediterranean port, lighting tyres in the street and storming two police stations, witnesses said. Gunshots were reported near the prison where most of the defendants were being held.

A director for Port Said hospitals told state television that 30 people had been killed, many as a result of gunshot wounds. He also said that more than 300 had been wounded.

Inside the court, families of victims danced, applauded and some broke down in tears of joy when they heard Judge Sobhy Abdel Maguid declare that the 21 men would be "referred to the Mufti", a phrase used to denote execution, as all death sentences must be reviewed by Egypt's top religious authority.

There were 73 defendants on trial. Only a handful appeared in court in Cairo. Those not sentenced today would face a verdict on 9 March, the judge said.

At the Port Said soccer stadium a year ago, many spectators were crushed and witnesses saw some thrown off balconies after the match between Cairo's Al Ahly and local team al-Masri. Al Ahly fans accused the police of being complicit in the deaths.

The fans, who call themselves "Ultras Ahlawy", said the ruling started the process of retribution, and hoped the rest would face the same fate when verdicts are issued on 9 March.

Among those killed today was a former player for al-Masri and a soccer player in another Port Said team, the website of the state broadcaster reported. 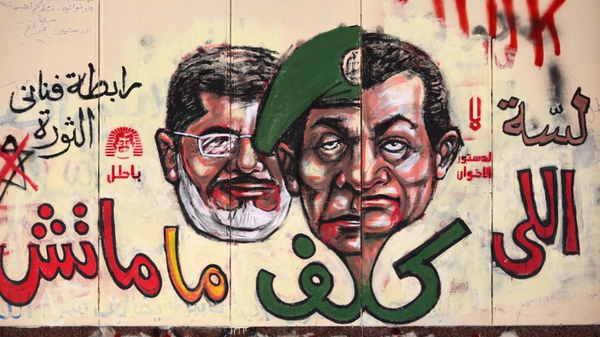