The Labour Party's executive board has met to consider a report into the issues raised by the fact that its chair, Colm Keaveney is now outside the parliamentary party.

Mr Keaveney described the meeting as positive and workmanlike and said there had been no awkwardness.

She said the meeting had been constructive.

Speaking as he arrived at the meeting, Mr Keaveney said he expected a productive meeting that would address the needs of grassroots members.

He said he was determined that the party would play its role in representing the most vulnerable in society and would remain faithful to its values.

He also said he expected to remain on as chair of the party despite losing the whip.

Mr Gilmore's stated view has been that it is not tenable for Mr Keaveney to remain as chair of the 14-member executive board. 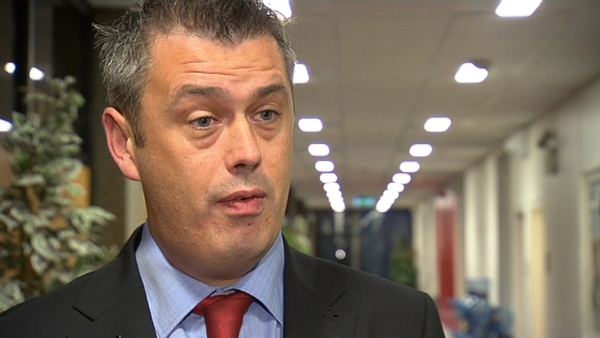